Is Tata in a similar position as Ford was back in 2008? What’s the issue with JLR and what has it been through in history?

Just to make you understand how Tata is feeling about Jaguar Land Rover (JLR) right now, let’s put you in an impractical hypothetical situation. Think of yourself as Amitabh Bachchan in the movie ‘Baghban’.

You’ve got children but still, you adopt Salman Khan with a hope that he’ll do great in life. Imagine, if the adopted child turned out to be a below average kid and all your other children are anyway not able to take proper care of you, how would you feel?

Tata Sons is feeling the same way for JLR due to declining global sales and upon it, its commitment to launch electric versions of all new models of JLR. Chairman of group holding company Tata Sons Ltd. N Chandrasekaran has clearly stated that the conglomerate is not thinking about selling off the JLR unit, however, it’s open to finding partnership.

A news broke out day before yesterday which caught our attention and gave us a thought to ponder upon. It said that Tata Motors has approached German automaker BMW and Chinese automaker Geely regarding JLR partnership. But that’s not it!

Geely has issued a statement which says that it didn’t have any talks with Tata or JLR. Although, a comment on the news is still awaited from both BMW and Tata.

Why just BMW and Geely?

Tata approaching Geely (the Chinese automaker) is still understandable because JLR suffered a $3.9 billion write-down in China earlier this year. So, it’s logical to assume that a collaboration with Geely would help JLR to revive in Chinese market.

But why is BMW being approached? So, the answer is technology. If JLR is to honour its commitment of electric vehicles by any chance, it would be a great help if BMW assists with the engines and electric-drive technology. That’s about the options but, what comes through is still a question.

In 2008 i.e. eight years down the line, Tata acquired JLR from Ford. And now, the British luxury carmaker is in a dicey situation again. Does JLR require some sort of astrological or Fengshui treatment? Because, almost everything else has been tried and tested with these brands. 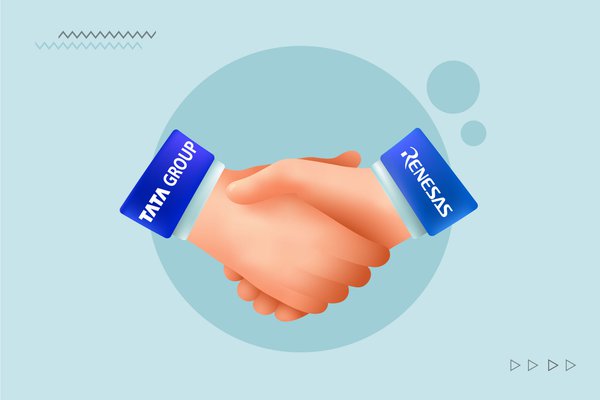