Insider  >  Tax Club  >  Indirect Tax in India: How you are paying more than the wealthy.
Tax Club

Indirect Tax in India: How you are paying more than the wealthy. The problem with the economy isn't that people aren't paying their fair share of taxes. - Jon Lovitz

The Indian government's tax revenue earnings fall into two basic categories: Direct Tax and Indirect Tax. Direct Taxes are essentially those taxes that are directly levied on an individual's income. Direct Taxes include Income Tax, Surcharge, and Gift Tax, among others, and are administered by the Central Board of Direct Taxes and Customs.

In common parlance, indirect taxes are levied on suppliers or producers, who then pass them on to the final customer. Customs charges, the goods and services tax (GST), excise duties, value-added tax (VAT), and sales tax are among India's most notable indirect taxes. The following is a summary of its definition, application, and exceptions.

What is Indirect Tax?

Indirect Tax is a tax imposed indirectly on an individual's earned income instead of directly. The government imposes this tax on goods or services but not on the revenues or profits of individuals.

Indirect taxes are levied on the service provider or the sale of commodities. In most circumstances, however, the vendor or provider passes this cost on to the consumer. In other words, indirect taxes are imposed on the seller or supplier of goods or services to be ultimately recovered from the purchaser.

Numerous indirect taxes are imposed by the Central Board of Indirect Taxes and Customs. Tariffs are set on the production, sale, import, and even acquisition of products and services. Instead of well-defined government legislations, appropriate government entities issue orders, circulars, and notifications for these purposes. Therefore, it might be difficult to comprehend every aspect of indirect taxes in India.

After the implementation of the unified Goods and Services Tax, indirect taxes are believed to be simplified.

The law's GST composition model is tailored to micro and small enterprises. This is intended to help small enterprises by relieving them of the responsibility of complying with legal requirements. As a result, they have the option to pay a flat proportion of their revenue as fees in place of tax, releasing them from the burden of strict adherence to the law. Those that sell their wares or services directly to consumers are the most likely to choose to pay the composition levy.

On the suggestion of the Council, the competent authority of the Central or a State Government may, topic to such conditions and restrictions as may be prescribed, allow a registered taxpayer, with an aggregate turnover in a financial year less than [fifty lakh of rupees], to expect to be paid, in favour of the tax payable, an amount calculated at such rate.

Further, no taxpayer will be allowed to choose to pay tax under this subsection until all other taxpayers with the same PAN as the taxpayer in question have done so as well.

No tax is due from the receiver for supplies supplied by a taxpayer to whom this subsection applies, and no input tax credit may be claimed by such a person.

In addition to every tax that may be payable by him under this Act, a taxable person shall be liable to a penalty equal to the amount of tax payable as aforementioned if the officer has reason to believe that the taxable person was ineligible to pay tax under subparagraph (a).

However, no sanction will be assessed without providing notice to the court proceedings and without affording a fair attempt for the person progressed against to be heard.

Taxpayers to the Government after the launch of the new Income tax portal: The government frequently uses and imposes indirect taxes to raise funds. Everyone must pay these taxes since they are levied on all taxpayers equally. Taxes that penalise lower-income earners because they end up paying the same taxes as wealthier taxpayers are often considered unfair. For example, the import duty on a television set from Japan will be the same regardless of the consumer's income.

Before introducing the Goods and Services Tax (GST) in India, there were indirect taxes in effect, such as service tax, VAT, excise duty, etc. However, after the introduction of GST, indirect tax structures have arguably been simplified. Let’s take a brief dive into the various indirect taxes that are currently in effect in India.

You must pay GST depending on the applicable tax rate slab if you purchase goods. If you own a business and your annual revenue surpasses Rs 20 lakhs, you must also pay GST.

Even though the GST has superseded all prior taxes, there are still certain levies in existence that different parties are required to pay.

Customs Duty
If you engage in foreign commerce, you must pay customs duty, a levy imposed on items that are shipped internationally.

Excise Duty
Although the Goods and Services Tax (GST) has replaced this tax, some goods are still subject to excise duty. These commodities are liquor, gasoline, fuel, etc. The excise tax is collected when the products are withdrawn from the warehouse.

As they are primarily imposed on the organised sector, indirect tax types are considered simple and convenient to collect. However, indirect taxes are more pervasive since they affect every buyer of a good or service. It is sometimes viewed as a regressive tax because everyone pays the same amount regardless of income. Direct Tax in India; No under the tables here! 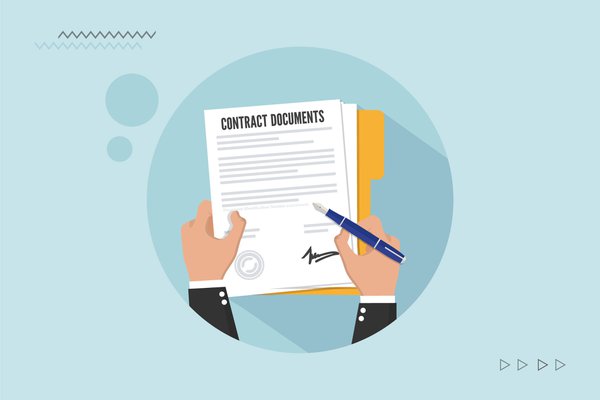