Insider   >   Business   >  Contactless Card: Can it compete with UPI?
Business Remember how you used to slit the throat of the POS machine to make payments? Or how you inserted the card like stabbing a knife! Not any more. Just tap & pay!

Payment cards have indeed come a long way. From swipe to dip to tap, it’s been quite a journey. However, there isn’t much people know about these evolving Contactless Cards. Does it make life any easier for the users, shopkeepers and banks? Or is it technology for technology’s sake only? Why is it far behind UPI in terms of acceptance? Can it compete? Hold on, read this piece, and things will start making sense.

At the outset, let’s get a brief overview of these cards.

Contactless Cards are, basically, payment cards that allow you to just tap and pay. You don’t need to hand it over to the cashier; just tap the card on the machine, and you’re done. It takes less than half a second to complete the payment. And what’s more, no PIN or OTP is required till a certain limit, or so to say, no questions asked.

So, you must have possessed or at least seen those cards carrying some ‘wi-fi’ like symbol, right? Just to make it clear, these cards don’t have a wi-fi feature, the symbol actually represents NFC (Near-field Communication). Well then, what is this NFC?

Hey, we don’t want to technicalize stuff, just know this, that it’s some kind of a wireless radio antenna connection. NFC enables the communication between two electronic devices within a short-range (usually within 4 cm). You can think like it makes two closely placed devices talk to each other. And how does these cards work, you ask?

All that you have to do is tap the card on the activated reader that the cashier extends to you. Subsequently, there is some exchange of a one-time code (encrypted data) between your card and the reader device, and then boom, your payment is complete. Like, lightning fast!

And just so you know, if your transaction is within Rs 5000 (effective from Jan 1, 2021), you don’t have to provide any PIN or OTP. Beyond that, authentication is required.

Anyway, now that you know what these cards are let’s make sense of what each party’s stance is regarding this.

Needless to mention, these cards save you time. You’ll agree, payment cards are, in any day, way better than cash. And with contactless cards, it’s even more convenient and time-savvy. You don’t have to wait for the swipe or dip and then enter your pin. In fact, the transaction occurs within the blink of an eye. You don’t have to exert pressure on your mind to recollect the forgotten pin either, unlike in the case of normal cards and UPI. Typo errors have no place. The card doesn’t leave your hand. Thus, any fear regarding the counterfeiting of cards is also eliminated.

What’s more is that, unlike normal cards, which transmit your name, card number and security pin to the reader, these contactless cards don’t transmit any of your information. It’s just an encrypted one-time code that enables the transaction. And the next time you pay, there is a new code. Also, you don't have to worry about the CCTV camera above your head peeping into your phone as you enter your UPI pin. Hence, in terms of security, contactless cards provide you with an edge over other cards.

Moreover, covid has changed the dynamics. People have become more health-conscious than ever. They are cautioned against touching less stuff. And cash and normal cards, obviously, need an exchange of hands. Hence, contactless cards look more appealing these days. (Well, we’ll talk of digital wallets in a subsequent article.)

A survey by Mastercard a year ago revealed that out of the 17000 customers’ feedback, 82% of the respondents said they view contactless payments as ‘the cleaner way to pay’, and now you know why.

And if you fear that someone could actually tap your card from your pocket, which is highly unlikely, why don’t you use an NFC/RFID blocking wallet (available at cheap rates). And oh, what if the card is stolen altogether, you ask? Well, RBI has given you the discretion to set the without-PIN transaction limit. So, set it at how much you can afford to lose in the worst case. Sorted, eh?

However, it isn’t all rosy, after all. You see, the main issue is the lack of adoption by merchants. Reports say over 75% of shopkeepers haven’t yet adopted contactless methods. So, what is the use of having such a card if the shopkeepers don’t accept it! And why are they reluctant to accept, you ask? Well, the upcoming discussion will make it clear.

Vendor’s vs Bank’s point of view

Think of the shopkeeper. And of old times. People are queueing up in front of the cashier. Some are struggling with arranging the cash change. Some with those (non-contactless) cards are pushing really hard to recollect that forgotten pin, searching through that small piece of cheat in their wallet or any other helpline! So naturally, contactless cards save the queue time and hence, bring more revenue while improving customer satisfaction. Besides, it also simplifies cash management and reduces workload.

Sounds good, right? But there is an inherent problem brewing within them. Enter the banks into the scene. Banks aren’t there for a charity, right? If they enable these kinds of payment transactions, they’ll obviously demand their cut. Otherwise, it doesn’t make any economic sense for them. And they have been taking their commission for a while. This commission is called MDR or Merchant Discount Rate, in market parlance. Anyway, the problem is that if banks take their commission out of the bill amount, someone has to lose out, right? Obviously, you can’t demand the customer to cough up more money just to feed the bankers. Thus, the one taking the hit has to be the shopkeeper. And this used to make shopkeepers prefer cash rather than cards and other digital payment methods.

The government was aware of this problem. But it wanted to make the nation go cashless. In a bid to entice the shopkeepers, in late 2019, the government waived MDR on all transactions made through UPI and RuPay debit cards. But NFC was kept out of this zero MDR regime because the government did not think it could scale up NFC payments as much as UPI! And naturally, this made banks prefer NFCs over UPIs, as they would still get their commission in the former. And as you’d have guessed, shopkeepers went for UPIs as they would not have to part with the bill amount. And there emerged a clash.

Moreover, when a free-to-download app (like Google Pay or Phone Pe, etc.) is available, why would a vendor want to purchase one NFC-enabled smartphone or device! That’s the reason UPIs seemed more convenient, and now you know why UPIs have taken the market by storm.

Look at countries like Hong Kong, Australia, etc., and you’ll find a chunk of their transactions through NFC cards. Whereas the Indian story is not quite optimistic. And no, it’s not because India is any less safe; it’s just that here, the dispute resolution mechanism is under-developed.

You see, with non-contactless cards, the advantage is that you have an authentication PIN, you have recourse to the merchant, you have clawback mechanisms. But to have a contactless card that does not require any such PIN, you need to have a very efficient and convenient system for quick recourse. Whereas in India, the focus is on preventing electronic frauds and not on addressing them as and when they arise. And that’s why our contactless cards have a very low transaction limit that doesn’t require a PIN. Because what if your card is lost and you have no idea how to get it resolved? Hmm?

So, the legal system will need a revamp if NFC cards are to be made mainstream.

The future is in our hands, sorry in our pockets. I mean literally. Apple wasn’t wrong when it said that there really is an app for everything! You know, now your phone can become both an NFC card as well as a NFC card reader. So, you can actually make payment by bringing your phone to the close proximity of that of the shopkeeper's. And with the likes of Jio agreeing to bring in the NFC feature in budget smartphones, it’s not difficult for us to imagine doing NFC like we do UPI today!

However, the main challenge would be to substitute cash with these contactless modes in the case of micropayments. Like local bus transit, the nariyal wala, the beetle shop and everything the real India interacts with daily. And when people can actually leave their wallets at home and just carry their phone - a magic wand of sorts, then you can probably call it ‘a Digital India’.

So, wait for what? Let the change begin with you. 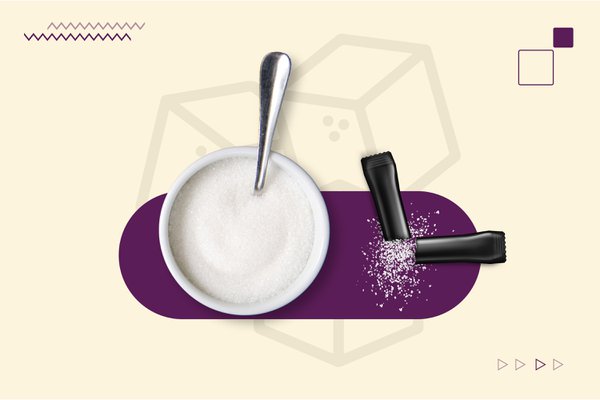