What is believed to be the world’s largest vaccination drive isn’t all that rosy! Read this piece to make sense of how India messed up its covid vaccination strategy.

Browse the pages of history, and you’ll discover that India is home to some of the most successful vaccination campaigns in the world, for instance, the polio vaccine. That being said, the Covid vaccination drive could probably be a departure from this legacy, and could raise a question on India’s so-called ‘robust’ crisis management policy!

Look around you. Covid figures are showing no signs of decline. What, in fact, is declining is our vaccination pace (from 3.5 mn doses per day in March to 2.5 mn per day in April). And why, you ask? Well, there is an acute shortage of vaccines in the country. Many big states are already running out of doses, thus forcing their vaccination centres to close shutters.

And it’s not like this was inevitable. In fact, this tragedy could have been avoided if we had planned the vaccination strategy in our right minds.

So, let’s understand how India’s covid vaccination program has been a mess in its own making!

Pricing a public good is a tough nut to crack, isn’t it?

Well, initially, the Indian government itself set the price at which it would procure the vaccines from manufacturers. But that wasn’t a problem. The real issue was that the government behaved like a bully with its indigenous vaccine manufacturers, namely Serum Institute of India (SII) and Bharat Biotech (let’s call it BB).

COVAX, the global initiative by GAVI and WHO, had set a minimum feasible price of $3 for a covid-19 vaccine. But the Indian government beat its manufacturers down to a price below this floor limit, to around Rs 150 for SII’s Covishield and around Rs 200 for BB’s Covaxin. Moreover, it did not provide much financial assistance to these manufacturers (whether in the form of grants or advance payments against future supplies).

Meaning, these manufacturers weren’t turning much profit, and thus had little to no initiative to keep on producing vaccines. They were stockpiling at their own risk! And naturally, this had to have ripple effects on the supply of vaccines.

Once the supply disruption became evident, the government realized that it had to make the production of vaccines somewhat lucrative for the manufacturers. But, it didn’t want to take the haircut itself. So, it turned to the states! What explains such a differential pricing strategy for a product so critical for the nation’s health security? How unjust, dear justice?

For more context, you’d be shell-shocked to know that the price at which Indian states are procuring these vaccines is more than twice the amount paid by the European Commission for the same Indian vaccine! Ouch.

You see, the central government receives financial support from the COVAX facility, but states don’t have such liberty, except what the former allocates. And making them overpay to please the manufacturers doesn’t bode well for these states, which are still struggling to make their way out of the pandemic. It could put them into real deep water!

And naturally, many of these states will be bound to pass on the burden to citizens, instead of providing vaccines at subsidized prices! So, there you go.

The perils of over-optimism

Ever since the pandemic began its spree, India has been understating the magnitude of destruction. Well, you’d be prompted to think that this is to instill confidence among the citizens. But know this, that there is a very thin line between optimism and delusion. Sometimes over-optimism can lead to carelessness!

For instance, while vaccination figures are projected as being vast, try converting them into a percentage. You’ll arrive at just about 10% of the Indian population who have got at least one dose, far behind countries like Israel (61.47%), the UK (47.42%), the US (15.80%), etc.

And what was India doing? Well, we were on a humanity spree! While our own nation was struggling with vaccine shortages, we supplied ‘made-in-India’ vaccines to 80+ countries. Philanthropist or foolish, make of it what you will.

This notion of self-sufficiency made India sidestep the reality! We stopped the export of vaccines only when the tragedy became public. We weren’t seeking foreign support for vaccines either, until much later.

What’s more, the government placed small orders for vaccines with SII and BB a mere five days before the vaccination drive began. It could not gauge demand and allocate resources effectively. By April, states were already running out of vaccines! This was coming. We were just ignorant.

And apparently, this is going to be the best case study of how NOT to manage a supply chain in times of crisis!

Flaws in our Vaccination strategy

Until last month, the government opted for a centralized approach, i.e., it procured vaccines from manufacturers and sent them to states.

But the problem was you can’t have a one-size-fits-all approach here. Even Goa may require the same quantity of vaccines as is needed by Odisha. Because it’s not only about the size but also the geography, the healthcare infrastructure, the intensity of infection, and many more factors. Moreover, centralization delayed the supply of vaccines.

After dragging its feet for a long, finally, the government realized the flaws in this policy. And now it has tweaked it to a bit decentralized one. Meaning, now manufacturers could directly sell half of their vaccine stock to states and private hospitals.

In a bid to entice the vaccine manufacturers to keep producing, it also agreed to give Rs 4500 crores to enhance SII’s and BB’s manufacturing capacities. Moreover, the vaccination drive was made open to everyone aged 18+ from 1st May onwards, leaving it upto the states whether to make it free or not.

While you could say that this was commendable, there were some inherent issues with this approach as well.

You see, these times are critical. Panic is everywhere. Amidst a crisis, if you make one ultra-essential stuff open to be purchased by states and people, won’t it be like staging a war between them? Won’t richer states edge out others? What if rich guys buy them all? If it happens so, the limited supply will go to those who have money, and there will only be inequity and more destruction!

Ultimately, taking everything into account, a public good had now become a market commodity. The government’s notion of free-market ideology had surpassed the importance of lives! And the only last resort is...

To date, the centre has fully vaccinated about 23 mn people for free, a meager 1.7% of the total population, not even a tenth of its August target!

India Ratings estimates that vaccinating the entire population above 18 would cost India about Rs 67,193 crores (0.36% of GDP). Whereas if the centre freely vaccinates only all those above 45 and all frontline workers, it might have to bear just about Rs 21,000 crores (0.12% of GDP), even far lower than its covid vaccination budgetary allocation of Rs 35,000 crores.

And it is really strange to note that to fight a pandemic that once took India’s GDP below -20%, we’re unwilling to allocate even a minuscule fraction of funds!

Look outside. Many western countries, whose majority population has enough per capita income to afford even a $20 vaccination shot, are providing vaccines to their citizens for free. Now, enter India. The average daily wage for a male in the rural area is Rs 324. Meaning, two doses of vaccine for a family of four could cost him as high as fifteen days’ wages. And still, in our country, vaccination is a luxury!

Connect the dots back, and all loopholes will be evident. But there is nothing that can be done about the past. Making states and, ultimately, citizens pay for this will only aggravate the problem! You can’t sit numb either. Both the lives and the economy are at stake.

However, apart from scaling up the indigenous production of vaccines, the approval and import of foreign vaccine candidates like Sputnik V could really be a ray of hope amidst this darkness. And...

The least the centre can do is make vaccination free for all. It’s high time already!

Anyway, what do you think? We’d love to read your thoughts in the comments below.

None of us is safe until all of us are safe! 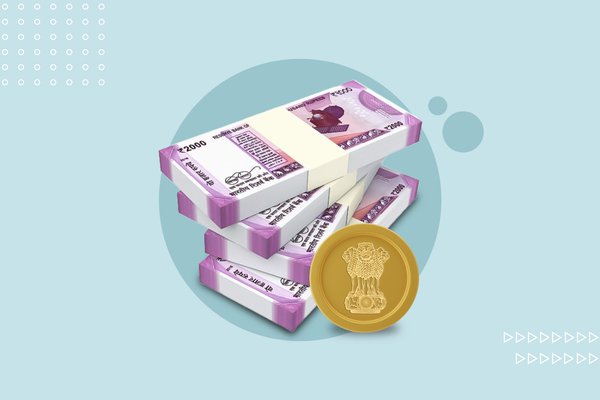