How Rats led Parachute to success Picture a son joining a business created and nurtured by generations before him only to see it struggle to survive. Now what kind of a young man could see this and not become an “angry young man”?

The year was 1971, and Harsh Mariwala joined Bombay Oil Industries Limited (BOIL), a company formed by his grandfather and led by his father and uncles. What he saw disheartened him.

BOIL was a producer of vegetable and coconut oils but was limited to selling to only large-scale businesses instead of retail customers. This hurt BOIL’s margins because its newest product, Parachute, was limited to being sold in only 15-litre packages, which was too large for everyday consumers. 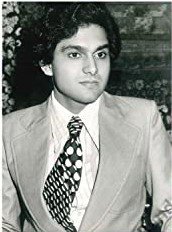 The distributors of Parachute in Nagpur and Vidarbha were acting smart too. They would buy the larger packs of Parachute oil, which would be cheaper due to bulk buying, convert these larger packs into more preferred small sizes, and sell them at higher prices to the customers. The customers wanted to buy Parachute as it was considered to be of better quality.

Another snake in BOIL’s boot was a company in Kolkata called Shalimar. Even though BOIL’s Parachute was the better coconut oil, Shalimar enjoyed greater margins than them due to more easily usable packaging.

But so far, Harsh had only heard of these successes and needed concrete evidence for these claims of improved performance. So he travelled, first to Nagpur and eventually to Kolkata. It was an “eye-opening” experience when Harsh found that Parachute was seen as the superior product in both the cities as compared to its competitors. But these competitors seemed to scoop away Parachute’s precious market share due to consumers’ demand for smaller packages.

This is when Harsh realised the great retail potential of BOIL’s products and decided it was time for a change. So let’s delve into this inspiring story about Harsh’s journey with Parachute.

When it came to the consumers, their preference was always Parachute. This was because the procedure involved in extracting coconut oil for it was seen as the superior method, and competitors’ products were seen as adulterated or impure.

Indeed, Parachute’s “100% Pure Coconut Oil” is even used for cooking (I know a lot of people know this already, but Parachute has always been “the hair oil” for me, so when I found out, I had a moment of personal revelation).

So in a “strike a metal when it’s hot” moment, Parachute decided to stop limiting itself as a producer for other businesses and went heavy on retail selling. This transition was achieved by shrinking the bulky 15-litre packaging into smaller metal tins. And voila! The preferred, superior brand plus compact packaging meant Parachute captured valuable market share. While the new form factor of the packaging certainly worked wonders for acquiring customers, Harsh was not done. Harsh said during an entrepreneurial program, “I think the biggest success of parachute is through innovations, and that happened in a category like coconut oil, where there are very limited opportunities for innovation.”

Therefore, innovation was what was going to set Parachute apart and ahead. The smaller packages were made of tin, although Harsh didn’t quite like the material. Tin was prone to rust and wouldn’t look good on shelves. A different material was all that was needed but the selection wasn’t easy. But eventually, plastic was chosen because it was better-looking and cheaper than tin.

So, we have a winner, right? While it would seem so, plastic had its disadvantages too. Harsh wasn’t the first coconut oil maker to sell his product in plastic packaging. Somewhere around the ’60s, another oil company had tried this idea and was met with opposition in the form of… 👇

Apparently, rats liked the taste of coconut oil, even if said oil was garnished with plastic bits (weird taste, I know). This meant shopkeepers would not accept Parachute as their inventory as rats would get through the packaging and cause the oil to spill, wasting not only the oil but causing spoilage to the shopkeepers’ other goods as well.

Well, Mr Harsh Mariwala probably has a big glass of “good idea juice” every morning because he came up with a great solution to this problem. You see, traditional oil bottles were square, and rats could easily grip and bite them. So the shape of the bottle was the problem and had to change. This is when Harsh came up with Parachute’s signature bottle design. The cylindrical bottles ensured that rats could no longer grab onto it or break it open. But the shopkeepers that would have to stock these bottles still had their doubts. To remedy this, an experiment was conducted. For this experiment, rats were kept in cages along with the new and improved bottles of Parachute oil for a few weeks. The interaction between the rats and bottles was recorded on video and photographed.

The result that emerged was that the pesky rodents couldn’t bite into the bottles, and the spillage risk was therefore averted. These videos were shown to various vendors, and soon, they started stocking up on Parachute’s oil, although in smaller numbers first (half a dozen, reportedly). But this number only grew over time, and Parachute became a household mainstay.

The change from tin to plastic was successful and Parachute’s sales benefited as a retail product, but alas, the joy was short-lived. Owing to the success of the new packaging, Parachute soon found itself fending against other brands using similar bottle designs and color schemes to piggyback off of Parachute’s newfound fortune.

While switching from tin to plastic benefitted Parachute in terms of reduced costs, it also allowed the more economical packaging to be easily adapted by competitors. And these competitors, not able to match Parachute’s quality standards, went after the “easier to copy” aspect of Parachute, the bottle.

This imitation by its competitors cost Parachute dearly. Allegedly, at one point, Parachute had 100 competitors. And these competitors were stealing around 20% of Parachute’s sales. Parachute would have to switch to a pricier material that would incur greater costs, deterring competitors. But Harsh's idea juice was still working its magic! He wasn’t going to switch! Plastic was his ‘big move.’ How could someone take it away from him?

Let’s make this a little fun. If you have a bottle of “Parachute 100% Pure Coconut Oil” (the “100% Pure…” bit is necessary, the “Advansed” line of oil doesn’t have this mark), check the bottle. Those of you who don’t have the bottle, Google Image hai na?

Notice a little dent right above Parachute? The one shaped like a drop? That’s the mark that was introduced with the new mold and advertised heavily as the sign of purity and the distinguishing point for Parachute’s oil.

This shift to a smaller form factor and from tin to plastic wasn’t the only innovation that Parachute grew under. Another issue Parachute faced was the seasonal “freezing” of coconut oil, where the oil would essentially turn into... well, Ghee🤷‍♂️. Parachute solved this issue by creating a bottle with a wider mouth and a spout for easier usage during colder days.

Parachute also dipped its toes in the Premiumisation waters with its aforementioned Advanced line of products (no, it’s not a typo, “Advansed” is the product name). The Advansed line didn’t have the infamous “droplet indent” and were created for external use only, while the original Parachute oil could be used for cooking (still blows my mind).

In a (coco) nutshell

Parachute might have just wanted to grow its business, but it’s grown into a much more personal phenomenon for a lot of people(myself included). All because tin rusts and rats like coconut oil. Throughout this pandemic, I had a chance to grow out my hair and, to this end, would often bother my mother to oil my hair. Truth be told, I could just as easily apply the oil, but there was something relaxing and pleasant when Maa would do it. Having seen my sister get champi from her, I too wanted to get pampered but would shy away from asking, thinking of the whole ordeal as “girly.”

Now, even after a few haircuts (long hair is cool, but presentability is cooler), I still get my fair share of champis from Maa(Maa ka pyaar hai… kya girly, kya boyish?). I suppose Parachute’s tendency for development “rubbed off” on me in a way.

What I wish to say is, it’s come to the point where the scent of coconut oil fills me with a sense of comfort and ease, even when I’m not on the receiving end of the oil. And this scent will probably be a reason for reminiscing even after our inevitable parting. The Murder Mystery of T-Series