The year is 2001, India. A young banker, Harkirat Singh, developed a business plan for a private bank. To turn this dream into reality, he partnered with Ashok Kapur, another successful banker, and together they went on a mission to change the scenario of the banking industry.

Ashok, at that time, was sixty-four years old; he wanted someone talented and more energetic for the executive role.

Thus, Enter Rana Kapoor, another young banker like Harkirat, who had successfully served Bank of America for 16 years. Ashok saw a leader in Rana, and after months of discussions, he was invited to be a part of their venture.

But it's also interesting that Rana also had family relations with Ashok. His wife Madhu and Rana’s wife Bindu were sisters. It's still debatable whether Ashok brought Rana to the board due to family relations or based on his talent.

Nevertheless, In 2004 the dream came true, and their brainchild was ready to begin its operations. But the main concern now was the name. There were five options in the table, Mint bank, My Bank, Gateway, Octra & Yes Bank. And we all know what they chose.

According to Rana Kapoor, “Yes is one of the most-spoken words in English, and it was a new-age bank. It kind of reinforced high energy”.

Everything was going on smoothly. The Trio, Rana-Ashok-Harkirat, were making it happen.

But, Rana Kapoor wanted more power and began to think of ways to do so. He started to plan the removal of Harkirat from the board and as a promoter. Thus, the game of betrayal started in Yes Bank as soon as it was incorporated. It's like the scams began inside the organization in the first place.

But in the major turn of events, Rana convinced other board members to place their bets on him as MD & CEO, and reportedly bribed them too, and that's how he managed to kick Harkirat out of the board and from an executive position. Rana, anyhow wanted Harkirat to be a normal investor and nothing more. The first Betrayal!

Rana Kapoor became the MD & CEO of the company, and Ashok Kapur was the non-executive chairman. Years passed, and Yes bank became one of India's most valued private banks.

The Rise of Yes Bank

By 2005 the bank was ready to enter the capital markets, and the IPO remained a hit. Following the years, the bank & Rana Kapoor was bestowed with awards and recognitions.

But internally, things were not going that great it was reported that now things were not fine between Rana & Ashok Kapur. The clash was due to differences in opinions; on one hand, Ashok wanted the bank to focus more on retail growth, while Rana wanted to grow on the corporate side.

Things took a dramatic turn in a most tragic way in the year 2008, 26/11, Ashok Kapur was caught in the terror attack and gets killed. Yes Bank is now left with only one promoter, Rana Kapoor.

The betrayal game started again when Rana intended to seize the family rights of Ashok Kapur after his death.

Ashok and his wife Madhu had two children, Shagun & Gaurav. In 2009 Madhu bid to nominate her daughter Shagun to the board of Yes Bank, but it was rejected because Shagun was “too young” to be on the board. The plea was made again in 2011, but it got rejected again. The shareholding of Madhu Kapoor in the bank also deteriorated.

In 2012 when Rana published the brief history of Yes Bank, not even once was a reference made about the co-founder, Ashok Kapoor, even though they had family relations too. The second betrayal! The same year, three directors of Yes bank were appointed without the consent of Madhu Kapur. According to her, as a legal heir of Ashok Kapur, she had a right to be included in the nomination of directors.

And she also has the legal right to nominate the board members, but under the leadership of Rana Kapoor, no such thing was happening as he didn't want to share power. This took the face of a legal battle between the two that went on for years.

Harkirat was out, then Ashok Kapur was not. Now the problems have started to take a different turn, soon you will know how!

Rana Kapoor had a reputation for collecting the most difficult loans they had given; he used to go to any extent to do so. It's funny, but reportedly, once Yes Bank wasn't receiving the repayment, the loan was given to a small businessman. Kapoor sent a message to the businessman saying, “Tune mera paisa liya hai. Tu lautaayega kya yeh paisa, warna tujhe uthaaunga.”

Rana Kapoor was under the impression that he could recover any kind of loan. Thus, Yes Bank started giving loans to high-risk companies such as R.com, Jet Airways, DHFL, Cafe Coffee Day, and more. Did you notice? A series of companies that almost or totally went bankrupt.

After gaining all the power at Yes bank, Rana began to put Yes bank itself in danger by giving reckless loans in exchange for personal and family benefits. The third betrayal!

Under the leadership of Rana, this went on for years even though the bank was growing on paper and the stock was at all-time highs, but the problem was, it Practically said Yes to anyone and everyone seeking a loan from it. This gave rise to NPA’s i.e. Corporates took loans but could not pay them back.

The real problem started in 2015 when UBS, a financial investment company, busted in its report on what the bank had been doing. They stated that Yes Bank had lent around 125% of its net worth to stressed companies.

Rana Kapoor naturally fought back, and UBS felt the full force of Kapoor’s rage. A complaint was filed with SEBI by Yes bank requesting an investigation. Kapoor tried his best to swipe the matter under the rug.

But they had already come under the radar of RBI as the NPA’s kept on increasing. In 2017 RBI started monitoring Yesbank pretty seriously. RBI also pointed out that the bank was showing fake figures & the NPA was even more than what they were showing. A difference of Rs. 3000 Cr. was visible in fake & actual NPA data.

The news was out & the share price and ratings of Yes bank began to fall drastically. It was evident that Yes bank & Rana Kapoor were in a major crisis. The tables were turned; it was his payback time for all his deeds.

In 2018 RBI ordered Rana Kapoor to be removed from the CEO position to save Yes bank. He was eventually removed, and two independent directors were appointed.

In a dramatic way, Rana Kapoor shared this the same year on social media. Ketan Parekh Scam: All that you must know 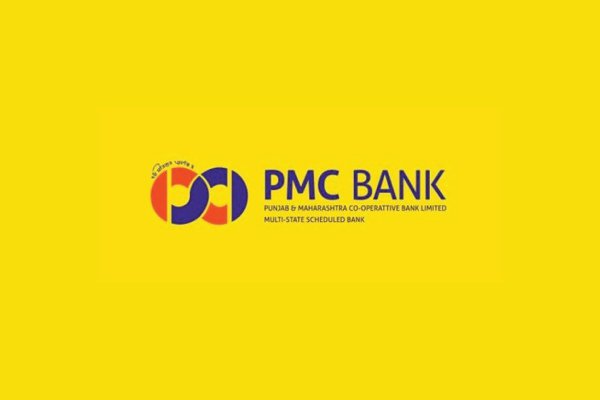