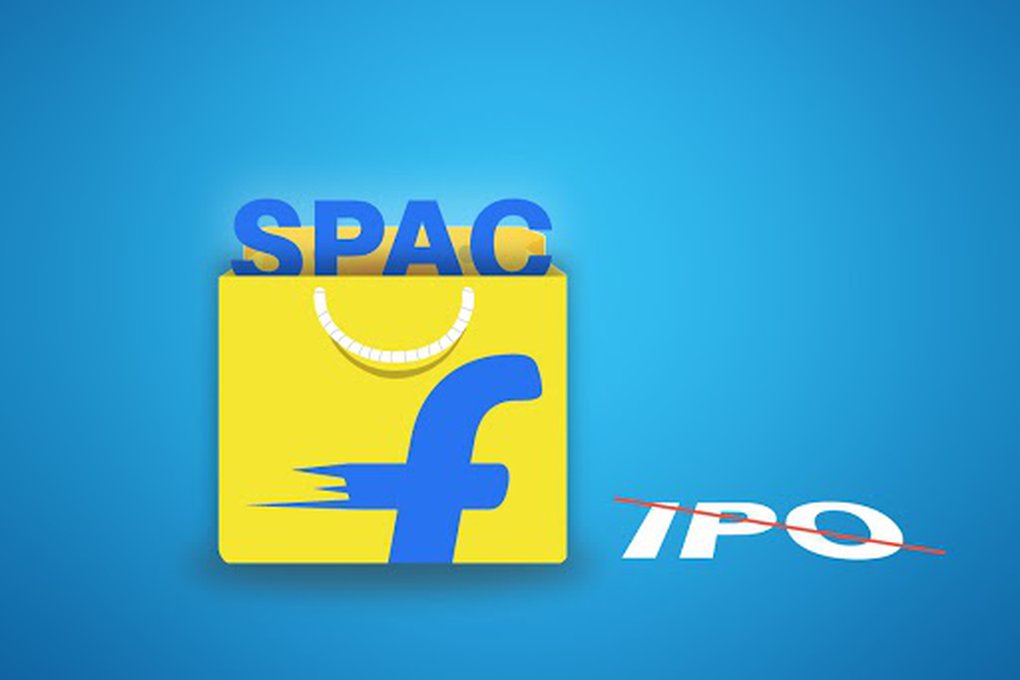 Today, the hottest thing in finance is four letters’ long – SPAC. For a while now, it has been rife in Wall Street. To us Indians, it wouldn’t have mattered until desi companies got associated with the news. So yeah, Flipkart and others are exploring the SPAC route of going public in the US. Sounds interesting?

Don’t worry; we’ll obviously cover that, but first of all, what are SPACs and second of all, why SPACs?

Well, read on, and you’ll understand.

A simple explanation of SPACs

Imagine you’re the founder-promoter of a private company. You’re self-funding your company’s operations, and so far, so good. But you, too, have financial limitations, right? Someday, you run out of finances to fund the expansion plans of your company. Therefore, in a bid to bring more funds to the table, you’re planning to raise money from the public with an investors’ hunt, or in simple words – you’re planning for an Initial Public Offering of your company. And so what? Just identify a bidding range, invite the public to invest and then, allot the shares. Simple? Or is it?

Well, lift the veil, and you’ll know there is a complex set of events lined up till you put on the IPO show. And there’s a whole lot of uncertainty as well (which just aggravated with Covid). First, you plan the announcement and throw a roadshow with analysts. You go all out there, ready to answer the questions they raise. Then, you make the announcement and market your offering. Also, you spend a whole lot of time conversing and negotiating with the regulators. In spite of all this, you can’t be sure that prospective investors will show a substantial interest in the IPO. What if they underpay, or worse, what if they don’t subscribe at all? Oh my god, things could go awfully wrong in an embarrassing public fashion. And all of this could take more than 1-2 years of your valuable time! You see the problem, right?

So naturally, if you’re smart and time-savvy, you’ll opt for alternative modes of going public, the most popular among them being through SPACs. Okay, cool, but what are SPACs exactly, and how do they work?

Special Purpose Acquisition Company (SPAC) : SPAC is a shell company that raises money through an IPO, with the sole purpose to merge with another firm and help it get listed quicker. Basically, it has no other commercial operations. By and large, SPACs are big pools of money listed in the stock exchange that agree to buy a private company’s entire IPO at a fixed price. With SPAC, the IPO is already done; you’re just negotiating a merger deal (which they love to call: “deSPACing”).

You see, their promise is simple: they’ll take a little less than three months to go public and raise money for their company. They’ll park the funds raised in a trust or escrow account to utilize in future mergers. Once they’re done with their IPO, you can mutually decide the merger price; at least you’ll know beforehand how much money you’re gonna receive (unlike an IPO). And under six more months, your company can merge with them and go public (indirectly). It seems like a deal you can’t refuse? Oh yeah, because it is.

And mind you, investors in SPACs are generally high net worth individuals and other rich folks because investing in a company that has no commercial operations isn’t feasible for retail investors. Well, the rich guys invest in the public issue of the SPAC. The SPAC will find a good private company (looking for a non-IPO public issue) and proceed with the merger procedures. Post-merger, these investors will have the discretion to either receive the shares of the merged entity or redeem their shares in the SPAC and take home the cash.

By the way, the SPAC has upto two years to do all of this, failing which, it’ll have to get dissolved and return these investors’ money. The reason investors prefer investing in SPACs is that they get a lot of leeway to avoid the regulations involved in an IPO (like minimum lock-up periods). Moreover, later on, they get the opportunity to buy more shares of the target company. You won’t believe, in one instance, investors made over $60 Mn from a $25000 investment. That’s lit! A win-win structure for both investors and the target company, isn’t it?

To sum it up, here’s how the entire deal takes place - Advantages of the SPAC route over the IPO route

But wait, it’s not all that rosy.

Disadvantages of the SPAC route

Now that you have an overall idea of SPACs, let’s look at Flipkart’s plans of going public via the SPAC route.

Flipkart needs no introduction. This Walmart acquired e-commerce giant had earlier planned to go public in the US through the traditional IPO route in 2021, at a valuation of over $50 Bn. But probably due to the uncertainty imposed by Covid, SPAC seems to be a better option. However, opting for the SPAC route of going public could significantly dent its valuations to about $35 Bn.

And mind you, Flipkart isn’t the only Indian company exploring the option. Online grocery delivery service provider Grofers and India’s largest renewable power firm ReNew Power are also planning to go public via SPAC route in the US, at a valuation of $1 Bn and $8 Bn, respectively. Also, very recently, Southeast Asian ride-hailing startup Grab is in talks to go public through a SPAC merger fetching a record valuation of $40 Bn. The rapid craze for SPAC route can be deduced from the fact that since the beginning of 2021, SPACs have raised $38.3 Bn as against traditional IPOs of $19.8 Bn. Almost double, you see that? Help yourself with the diagram below, and you’ll realize - That being said, Flipkart is only in its early stage of discussions on the SPAC route of going public. Will it take off or fall apart, you ask? Well, we don’t know that. But this we can tell you... the SPAC route is going to take the future. Mark our words.

By the way, what do you think? Tell us in the comments below.