For understanding the distinction between ordinary share and differential voting share, we've to begin understanding each of term:

In Equity investments, most folks involved concerning returns solely. This can be the consideration why company gives retail investor an opportunity to earn extra dividend by sacrificing voting rights. It helps the promoter retain higher decision making power by holding shares with superior voting rights or issue shares with lower or tractional voting rights to different investors.

Who Can Issue DVR Shares?

According to the Companies Act, company which is profitable for three years preceding the year in which issue of DVR shares is decided and has not defaulted in filing annual accounts and returns for the period can issue DVR shares. One more condition for issuing the DVR share is that the issue amount cannot exceed 25% of share capital.

DVR shares differ from ordinary shares in two distinct ways. Firstly, they offer lower voting rights to the holders compared to ordinary shares. Issuing DVR shares facilitate the company in raising equity capital without adversely affecting its management and control whereas in ordinary shares the control and management changes with even one issue.

Secondly, to compensate for this lower voting rights, these DVR shares are paid a dividend at a premium of 10-20 %. This ideally makes sense for the small and retail shareholders as they normally do not participate in the voting process. Giving away part of their voting rights for earning higher dividends is a sensible option for them. Additionally, since DVRs have always quoted at a discount of 30-40 % in the Indian context, the higher dividend payout makes the DVR a lot more attractive in terms of dividend yields.

In India, company can only issue lower rights DVR shares compared to ordinary shares. An Ordinary Shareholder enjoys all rights and privileges under the Articles of Association in comparison to ordinary shareholders, except dividend and voting, viz. The dividend paid to them for any financial year is higher than five percentage point than the dividend declared on ordinary shares and they can vote if they hold mentioned shares with them.

In a nutshell, DVRs (Differential Voting Right Shares) are a method for companies to raise additional capital while minimizing dilution of existing shareholders.

Why is DVR not a good option for Indian investor?

The fact that only four companies came out with DVRs, in the last ten years shows that the instrument has not very appealing to shareholders as well as to promoters. What are the reasons for this lack of interest in DVRs as an instrument?

•    The initial and foremost reason is the dividend advantage. While this advantage gets more pronounced in dividend yield terms, most investors are not too sure if that is a decent deal to give up 90 % of voting rights of their part.

•    Liquidity in DVRs has not been too good. The Tata motors DVR seen a buildup in volumes when they are included in the NIFTY, other DVRs have had a tough time building trading interest in the stock. That makes it even harder for the institutional investor interested in the DVRs, who are anyways unhappy about the loss of voting power.

•    In 2009, SEBI came up with the guidelines to prohibit the issue of DVR shares with the higher voting rights as well as higher dividend of any company. This was a major setback for companies to issue DVRs as an additional dividend is not possible.

•    Markets, especially institutional investors, have not been too happy with the way management tussles have played out in blue-chip companies like Tata group companies and at Infosys. They would still prefer the safety of voting rights to shield themselves.

The one of the basic difference between the DVR and ordinary shares that they have “A” or “DVR” written in front of their stock name.

In the last 5 years, the shares of Tata Motors and Tata DVR have almost performed in sync. During the same period, the DVR discount over the ordinary share expanded to 48 % as against 35 % discount at the time of the issue of Tata Motors DVRs back in 2008. TATA Motors offers DVR shares, but the dividend advantage is only 5%. Therefore, if we assume dividend per ordinary share is Rs 20, the dividend on a DVR share is Rs 21.  This makes the investors think whether it is worth giving around 90% of their voting rights for dividend hike of just 5%. In other words, the people holding Tata Motor DVR can give one vote for every 10 shares held, while they will receive 5% higher dividend than ordinary equity holders. This will lead the company management to take sound decisions and also funds the big expansion plan.

Consider the table below:

The retail investors of India are not interested in attending the annual general meeting of the company, rather they are interested in growth of the company which give them higher dividend benefit. Moreover, the cheapness of the stocks than its ordinary share also provides a better investment opportunity for these investors. The DVR shares looks like an attractive option for these investors. However, DVR shares are yet not a big hit in the Indian securities market because of less awareness among the retail shareholders.

Further, most of the Institutional investors are more interested in managing and holding a company rather than higher dividends payout. Although the DVR shares are advantageous for both company and shareholder, there are certain negative working against the success of DVR shares which can be worked upon to make DVR one of the best financial instrument in the Indian financial market. 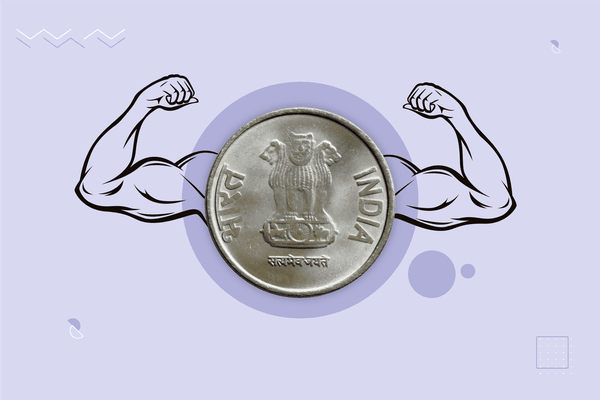