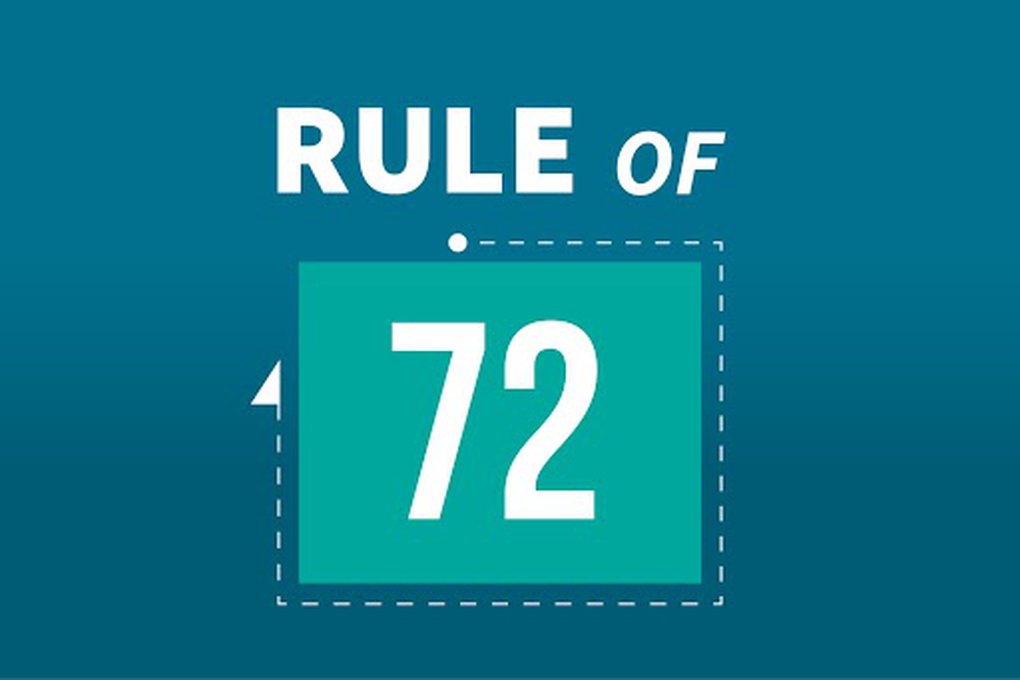 In the field of investing, it is imperative to realize the magic of compounding. So, wondering what magic has got to do with your money? It is not a magic mantra to make you rich overnight; rather, it is just prudent investment advice.

In the process of compounding, the interest when due is added to the original sum, hence modifying the sum for the next compounding period. Consequently, the interest rate is not only applicable on the principal amount but also on the interest accrued. In simple words, earnings generated from earnings is called compounding.

The formula for the compounded amount:

You can double your investments quickly if you get a great rate of return, thanks to the power of compounding. Every time we talk about doubling wealth over time, an important rule, called the "Rule of 72", is employed for calculation.

The Rule of 72 is not just any formula. But It's a time-tested formula used by investors every day to estimate how long will it take for the money to double while they sit back and relax.

So, let's dive deep and see this rule in action and how it can help you double your money.

When an investor wants to know the time period related to doubling of the principal amount, the Rule of 72 comes into play. Calculating the compound interest and the time period after which the investment is likely to pay-off, with the traditional method, can prove to be a little complex.

The Rule of 72 is a simple formula that estimates the amount of time it will take for an investment to double in value, earning a fixed annual rate of return. The simple calculation is dividing 72 by the annual interest rate.

According to the Rule of 72, one has to simply divide the number 72 by the fixed annual rate of interest to get a close approximation of the time it will take an investment to double in value.

The Formula for the Rule of 72:

where the interest rate is the fixed Rate of Return on investment.

Let us take an example,

According to the compounding formula;

According to the Rule of 72:

The sheer speed with which the calculation can be done makes the Rule of 72 a very powerful tool for making investment decisions in an instant.

A table to compare the number of years according to the Rule of 72 and the actual number of years taken by an investment to double at various interest rates is given as follows:

For instance, the population growth rate of a country is 6%. According to the Rule of 72, the country's population would be approximated to double in 12 years.

Important Inferences about Gross Domestic Product (GDP) of a Country

For example, the GDP growth rate of the country is 4%. According to the Rule of 72, the country's GDP would be approximated to double in 18 years.

The rules of 69.3 and 69 are also methods to estimate when an investment will get doubled. Rule of 69.3 is considered more accurate than the Rule of 72 but can be much more complicated to calculate. Therefore, investors typically prefer to use the rule of 69 or 72 rather than the rule of 69.3.

The "Rule of 72" is a practical eye-opener that forces investors to ask shrewd questions before making important money decisions. To conclude, it simplifies the process for an investor to calculate when his investments will be doubled.

To get a better understanding of the above topics with real companies and examples, you can refer to Youtube Video.