Securitization- The lifeline of NBFCs Non- Banking Finance Companies (NBFC’s) play a significant role in driving growth and development by providing financial services to Micro, Small and Medium Enterprises (MSME’s) most suited to their business model. They aim at promoting inclusive growth in the economy by extending credit in rural sectors and financially weaker sections of the society.

While NBFC’s can generate funding from a variety of avenues- mutual funds, insurance companies, bonds, commercial papers, etc., it is lending by banks through securitization which helps NBFC’s to remain in business.

Let us now learn what exactly is securitization and how it is a significant growth vehicle for NBFC's.

Securitization is a process where a pool of securities is bundled together and are given credit rating by an independent credit agency and then are sold to investors at a fixed coupon rate. Securitization, as the name suggests, involves the transformation of loans, which are a kind of illiquid assets into liquid assets. The underlying assets are generally secured loans such as home loans, automobile loans and unsecured loans like personal loans, etc.

It is a process by way of which an originator (bank) pools together its assets and then sells it to a Special Purpose Vehicle (SPV) – an entity specially created for the process of securitization which further sells it to investors.

To get a better understanding, consider the following example:

Suppose, a small bank ABC with an existing loan portfolio of 100 crores wants to raise a loan of 50 crores by monetizing its current assets.

The ABC bank will pool together 50 crores worth of loan which might contain thousands of loans and sells them to the SPV for cash.

The SPV then obtains credit ratings from an independent credit rating organization based on the future cash flow generated and the quality of the pooled amount.

Assuming the actual returns from the total loan book is 10%, and over the three years, due to the risk factor involved, the pooled amount is sold at 8.5%

The margin of 1.5% is used as maintenance charges by SPV and obligator(bank) who is responsible for collecting cash flows from the borrowers and transferring them to the investors.

Certificates are created worth 50 crores and are opened for investment. Once the issue is fully subscribed, the cash flows will be collected from the borrower and will be disbursed among the investors for three years.

The difference between what is charged from the borrowers (10.5%) and what is paid to the investors (8.5%) will be the servicing fee.

Parties in a Securitization Process: Types of Securitised Products in India

Pass-Through Certificates are similar to bonds, the difference being that they are issued against underlying securities. The payment to investors constitutes interest payments and principal payments received by the obligator on a pro-rata basis after deducting the servicing fee. However, in a Pay-Through Certificate, the principal and the interest amount is not transferred to the investor. Instead, the investors are issued new securities by SPV in return to this.

Direct Assignment involves buying a loan book at a fixed interest rate. Suppose a bank is interested in increasing his exposure to agricultural loan, to fulfill this, he will directly buy the pool of agrarian loan from an NBFC. Here, the terms are negotiable and can be customized in favor of both parties.

Why would banks be buyers?

Banks do not necessarily want to be the originators of the loan while on the other hand, NBFC’s would like to sell their loans for the purpose of generating more cash and extending more credit. To fulfill the requirements of the RBI, banks go for buying NBFC's loans.

How does the risk get shared?

Securitization is an easy way out for NBFC's, to transfer their pool of illiquid assets to banks in order to convert them into tradeable securities. However, to ensure that NBFC's do bear some risk even after the Securitization Process, the concept of Minimum Retention Ratio (MRR) was brought forward. This means if a part of the loan pool goes into default, the first blow will be borne by the originator(NBFC's)

The RBI guideline dated November 29, 2018, states that loans which have an original maturity of 5years or above which receive six monthly installments or two quarterly installments, the MRR requirements would be 20% of the book value of the loans being securitised/20% of the cash flows from the assets assigned.

Why are banks shying away from securitization? What exactly are the risks associated with lending to NBFC’s?

There are two risks associated with lending to NBFC’s Consider a situation where ABC bank lends to XYZ, which is an NBFC. XYZ further gives it to a company, say PQR. If PQR defaults on payment, then XYZ would not receive payment who also would not be able to pay ABC. This is the solvency risk or the default risk or credit risk.

NBFC’s issue commercial papers or non-convertible debentures for short term (3 months-1 years) to raise money from various mutual funds, banks, etc. The raised money is then used to extend loans to borrowers for the long term (5 years). This means that NBFC's will return lenders their money within three months but will receive money from the borrower after five years.

Why do NBFC's resort to this practice?

Only because short-term loans are cheaper, and long-term loans are expensive, NBFC's take advantage of the situation and earn an interest rate margin.

Let us now understand how exactly this technique works well for NBFC's.

To make this system work well, NBFC's go for rollover. Say, for example, an NBFC owes payment to its lenders for commercial papers after three months. To ensure complete repayment without default, the NBFC will issue new commercial papers to another set of lenders. The raised money will then be used to repay the earlier lenders. This is the Rollover Strategy. This goes on and on to ensure liquidity.

However, what if NBFC fails to find this set of new lenders?

To repay its previous lenders, it will approach its borrower asking for repayment. But, the borrower won't be able to repay the NBFC since all of its money would be invested in his project. This situation gives rise to what is popularly known as the Liquidity Crisis.

The Liquidity Crisis in one NBFC creates a general perception that all NBFC’s are going to default on their payments, creating a kind of systematic risk i.e., when one party suffers, all the parties suffer. The IL&FS liquidity crisis is one suitable example in this context.

The recent liquidity crisis is going to impact the sentiments of particularly Mutual Funds since any default in interest, or principal payments would ultimately have to be borne by the investors. Thus, the only way to lift NBFC’s out of the crisis is securitization.
Hence, it would not be wrong to call Securitization- The lifeline of the NBFC sector. What is Mortgage Loan? 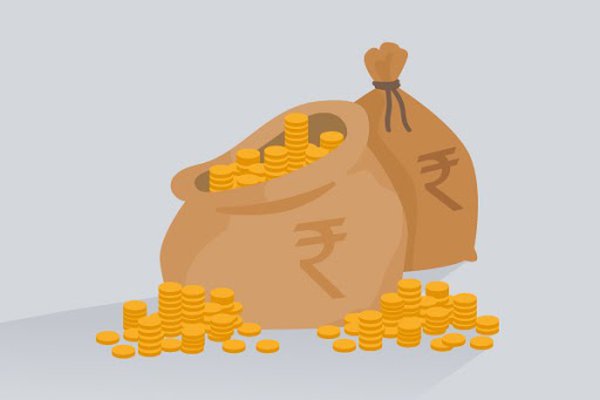 Fixed Deposits: All you need to know