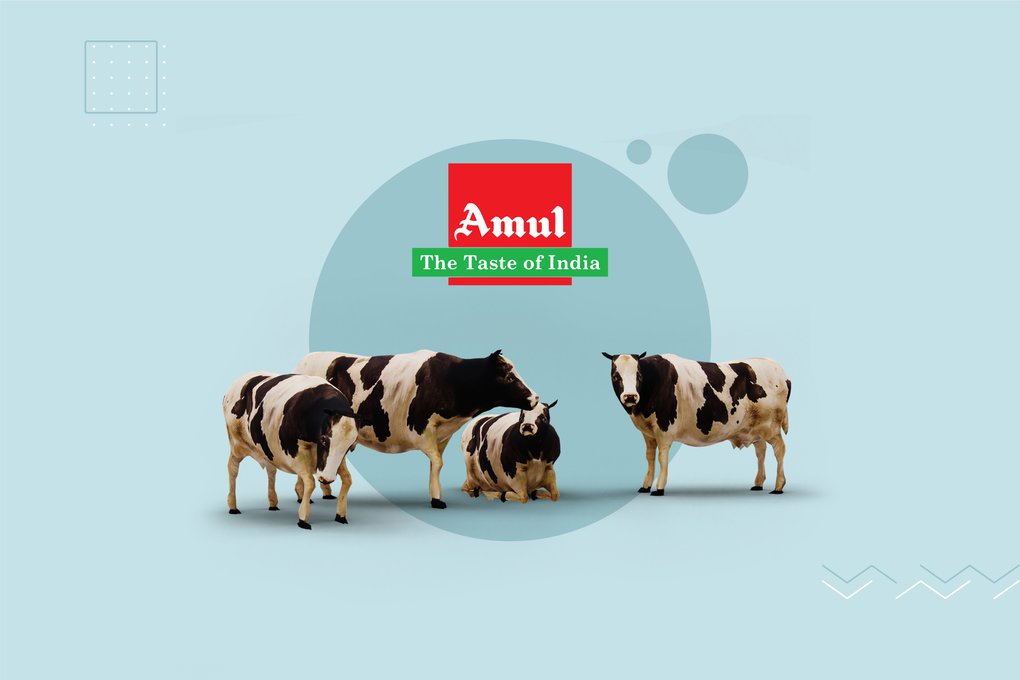 Anand Milk Union Limited or AMUL needs no introduction. Amul has created this name and reputation over the years delivering quality milk products to the entire country and now the world. People in eatery and restaurant businesses advertise their dishes conveying that they use Amul products.

More than the products, who doesn't know about the Amul girl and her take on everyday news around us?

The story of Amul is not just the story of the success of an enterprise or cooperative model of business. It is the success story of India. At every stage in 73 years of Amul, one would see how ordinary Indians can come together and create wonders.

Amul's story is rightly the story of India. In 1946, India was still under British rule. There operated a milk company 'Polson' in and around the village of Kaira (in present-day Gujarat). The company had a monopoly over milk processing and distribution. Farmers there were bound to sell milk to the company at arbitrary prices.

The KDCMPUL initially had only two villages. Most farmers in the region were marginal and could produce only 1-2 liters daily. The formation of cooperatives gave them scale.

In June 1948, the pasteurization of milk began. This meant that a large amount of milk could be stored for longer without perishing. This changed life for the entire community. This raised their income. Other district unions formed and they came along. All these functioned separately but under one brand name of Amul.

In 1955, KDCMPUL and other district cooperatives were merged to form one larger state cooperative, namely 'Gujarat Co-operative Milk Marketing Federation Ltd' and the brand of Amul was adopted by GCMFL.

A cooperative society is one where people come together and pool their resources. All these people are members. They take care of resources, finances, and operations of the cooperative enterprise.

The advantage of cooperative is one and only, scalability. One person does not have enough resources, expertise and capital to expand. We all have been taught that 'unity is strength.' It becomes easier for cooperatives to raise the capital. In fact, banks also agree to loan the cooperatives rather than individuals. They together produce goods at a cheaper rate and hence, become competitive in the market.

This is how Amul works. It has a three-tiered structure.

Every milk producer of the village is a member of the Village Dairy Cooperative Society. These members elect their representatives. These representatives together manage District Milk Unions.

As one can understand from this model, the dairy is in control of the villagers themselves. The district unions manage their processing and packaging. These unions employ professionals to manage the dairy, processing, packaging, and other links in the supply chain.

Farmer organizations come together under one umbrella of Amul and they directly sell products to consumers through state milk federation. This elimination of intermediaries could ensure a good quality product at a competitive price. This provided a stable income for marginal farmers in lean seasons as well because there are no intermediaries to take the chunk. So even when sales are low, they have a steady sum in hand.

This model has become a case study in business schools. It showed the success of cooperatives. It showed how the benefits trickle down from the market to the producer at the bottom of the pyramid.

The success of Amul is attributed mainly to Dr. Verghese Kurien, who was associated with KDCMPUL since 1950. He had an impeccable understanding of the business. Under his management, Amul from the initial days started focusing on quality, variety, outreach, advertising, and, more importantly innovation.

See this one instance. During the 1950s in India, Nestlé's milk powder was popular. Milk powder could be processed only by cow milk until then. India has a considerable buffalo milk supply, but it was short on cow milk. It is unlike Europe, from where Nestle came. Since Europe did not need it, the technology was also not invented.

Dr. Kurien asked Indian dairy engineer H M Dalaya, and Dalaya developed skimmed milk and milk powder from buffalo milk. This alone was such a remarkable step that 30 years later, Amul did not end Nestlé's reign in this segment in India, it has knocked it over globally today.

Amul later started producing cheese from buffalo milk since 1961. How many kinds of Amul cheese do you remember? In fact, it was Dr. Kurien's idea to use cheaper tin-can packaging for ghee. This was later adopted by various other enterprises, including Wipro!

Dr. Kurien did leave such a legacy and hence one would find so many articles about him saying 'the nation is indebted to him.'

Fortune favors the brave. Dr. Kurien was a visionary. He knew that he was in a serious business. He employed Sylvester Da Cunha's AS advertising company. They came with the idea of the little polka dot frock girl for their butter campaign. In the initial phase, they planned some ads relating to daily events. They were witty puns with a word or two.

This campaign-style was new. People went gaga over the 'Amul Baby.' It became so popular that it continues even today. Perhaps four Indian generations could identify Amul with that girl. It holds the Guinness World Record of the longest-running campaign. I really do not find any reason for this campaign to end.

Amul has been a huge success. Its annual revenue is at $5.5 billion and it is increasing at a CAGR of 12%. It encompasses 36 lakh milk producers and spearheaded 'white revolution' and 'Operation Flood' aimed at milk production. In 1998, India became the world's largest producer of milk and Amul is the flag bearer of this success. All this looks so appealing for an IPO.

Unfortunately, we do not have one yet. Amul is a self-sufficient organization with over 30 lakh farmers as its owners. They have been taking care of its operations, financing and investing. They have enough funds to expand and progress. They are a global brand now.

However, if you want some cream of the cake, there still some left. Kaira Can Company, the one who produces cans only for Amul, is listed in BSE. It has a market cap of 60 crore rupees. The growth of certain Amul products would mean the growth of Kaira Can Company as well.

Amul has expanded from 247 liters production to feed the entire world. The soul of Amul is well picturized in Shyam Benegal's National Award-winning film 'Manthan.' Surprisingly, just like Amul, this film was also a cooperative effort. Each farmer of Amul contributed ₹2 in the production of the movie!

In the current times, when people are not ready to listen to anybody else, Amul gives us inspiration for what we can all do if we come together. Amul's story is a story of its 30 lakh farmers. Amul is India's story. It is our story.