It's monsoon now, but this monsoon seems different. This monsoon, it's raining IPOs. We had Zomato, Rolex rings, Glenmark Lifesciences, and many more yet to come like Paytm, Nykaa, etc. But have you thought about why there are so many IPOs coming this year?

Currently, we are in the midst of a bull run, so if a company brings in an IPO, they get a better valuation than the normal sideways market. Also, due to low interest rates, investors start to hunt new avenues to park their money and make superior returns. It's a win-win situation for the company as well as investors hoping for listing gains. That's why we are witnessing a rally of IPOs.

Anyway, going with the rally of IPOs, let’s analyze the next one on the cards, Exxaro Tiles, which is slated to go live on the 4th of August.

At the outset, let’s have a birds-eye view of the ceramic industry.

The Indian Ceramic market is estimated to be about ₹ 40K crore. Of this, 35% is contributed by exports. India is the world's 2nd largest producer of ceramics after China. It is predicted that in the upcoming 2 years, the ceramics sector is going to grow by about 12 - 14%.

Why is the Indian ceramics market growing?  Firstly, due to internal demand and secondly due to the global China +1 strategy. Ceramics are mostly used in sanitary ware, floor tiles, wall tiles, roofing tiles, and vitrified tiles. In India, Morbi (a town in Gujarat) is the hub for Ceramics. You’d be surprised to know that Morbi accounts for nearly 90% of the total ceramic production in India.

We have been talking about ceramics so much, but which industry is this industry linked to? It's simple, the real estate industry. So, if you are bullish on real estate, you should be bullish on ceramics too. Because new buildings will need more amenities, more interior decoration, and rising disposable income, people will spur a little more on the home decor segment. Isn’t it?

Exxaro tiles were incorporated in 2007-08, and back then, it was named Ricasil Ceramic Industries. It was basically a frit manufacturing company. Frit is one of the raw materials used for making tiles. Over the years, the company expanded, diversified and evolved into a vitrified tiles manufacturer. Vitrified tile is an alternative to marble and granite flooring.

Currently, the company concentrates on only 2 products - Glazed vitrified tiles and Double charged vitrified tiles. Even though they have just 2 products in their basket, they have about 1000+ designs of just these 2 products. Moreover, Exxaro has a dense network of 2000+ dealers and is present in 27 states.

Talking about promoters, Exxaro seems to be a family run business like most ceramic businesses in India. Mukesh Kumar Patel is the recently appointed MD, and Chairman of the business has 19 years of experience in this industry.

Details of the IPO

Ceramics is a heavily competitive business. Most of the business is concentrated in the hands of unorganised players. Organised players own a market share of about 43%. Some renowned names are Kajaria Ceramics, Asian Granito, Somany Ceramics, OrientBell Ceramics, Murudeshwar Ceramics, Prism Johnson. Veterans like Somany Ceramics and Kajaria ceramics have been in this market for about a long time and have established their forte and network in this industry.

Exxaro has good PAT margins and lower employee costs compared to its peers and Industrial median, but other operational and financial ratios are a laggard.

Why should you invest in Exxaro Tiles IPO?

The size of the company is small and has the potential to grow and diversify. Financials are stable, and the company is reducing its debt burden. But, it faces fierce competition from already established players.

The overall growth of the industry will help the company grow. Also, some of the steps taken by the company to optimize its operations can be fruitful. Now that you know the industry's nuances & the company, it’s entirely your call whether to opt for the IPO or not. So, what’s it going to be? Tell us in the comments. 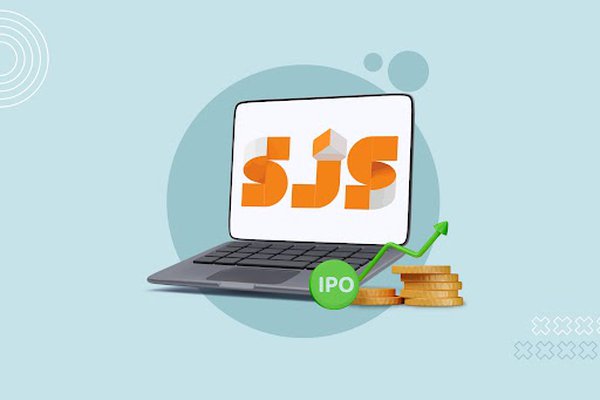