What do you think is common between Harshad Mehta, Ketan Parekh, Nirav Modi, and Vijay Mallya? Well, they all found loopholes in the Indian banking system and used it to create an insane amount of wealth.

The most interesting story among all these is the story of the one who started it all; Harshad Mehta.

Adjusted for inflation, he laundered over 24000 crores over a period of three years. His story is nothing short of a Bollywood drama, and there is so much to learn from it. 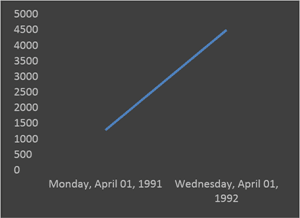 So, on the timeline according to investigations, the value of sensex in April 1991 was 1250, and in April 1992 it hiked to 4467; it means 4x of the previous year. This was never seen before. Even in 1992, from January to April it doubled; and this too was a little strange. So, it is clear that the market was not running on fundamentals; there was some speculation involved.

Who was Harshad Mehta?

Harshad Mehta was born in a Gujrati family in 1954. Indians were still hungover from Independence; new social and economic challenges were being faced.

A young Harshad did his B.com in Mumbai and did several odd jobs for eight years. He started his career as a salesperson in New India Assurance Company Limited.

During this job, he developed an interest in stock markets and so he resigned to join a brokerage firm. In the 1980s, he moved to a lower level clerical job at Harjivandas Nemidas Securities.

The year was 1984 when Harshad Mehta along with his brother, started a firm named Grow More Research and Asset Management. By early 1990, several eminent people started investing in his firm. By the end of 1990, he had risen to a position of prominence in the Indian securities industry, and people started calling him the "Amitabh Bachchan of Stock Market".

It was at this time that he began trading in the shares of Associated Cement Company. The share price of ACC hopped from Rs 200 to Rs 9000. When solicited, Mehta brought forward the fact of his heavy investment into the shares of ACC by stating that the stocks had been undervalued.

He created an aura by saying that his hefty trading had corrected the market when it considered revaluing the organization at a value equal to the cost of building a similar enterprise and hence, Harshad Mehta brought forward the "replacement cost theory".

All this time, the media portrayed a heightened image of Harshad Mehta, calling him "The Big Bull". With his flamboyant and flashy lifestyle, he became a star and was seen on cover pages of magazines.

What was the reason for his success?

Later, the criminal indictments brought by the authorities said it was alleged that Harshad Mehta and his associates undertook a broad scheme, which resulted in manipulating the rise in BSE.

The scheme was financed by supposedly collagenized bank receipts, which were unpolarized. The bank receipts were used in short term bank-to-bank lending known as "ready forward" transactions.

The story behind Harshad Mehta's elaborate scam was actually the result of two major scams.

Till the early 90s, Indian banks were not allowed to trade in equity markets and could not enjoy its benefits. Although, they were expected to post profits and maintain a threshold of their assets in government fixed interest bonds.

Mehta ingeniously squeezed capital out of the banking system to deal with his requirements for banks and drove this money into the share market. He promised higher rates of interest to banks while asking them to put money in his account in return.

During the 90s, banks had to go through brokers to buy securities and forward bonds from other banks. Mehta used this amount temporarily to buy shares, thus increasing the demand for certain shares, selling them and passing some part of the proceeds to the bank, and keeping the rest with him. This resulted in the stock prices to reach skies.

In the ready forward deal, securities were not moved back and forth. Instead of that, the borrower gave the buyer of the securities a Bank Receipt. A bank receipt (BR) includes thorough data about a financial transaction operated at a bank.

The transaction receipt usually comprises the amount of the transaction, the date it occurred, and the employee number of the bank employee who managed the transaction. The BR acts as a receipt for the money; confirms the sale and promises to deliver the securities to the buyer.

Once these fake BRs were issued, they were passed to other banks, and the banks started giving money, assuming they were lending against government securities. This took the ACC share price up by 4,400%.

Since Harshad Mehta had to book profits at the end, when he sold, the market crashed.

Everything out in the open

Sucheta Dalal, on the 23rd of April, 1992, exposed Harshad Mehta's illegal methods in a column in the Times of India.

A typical ready forward deal involved 2 banks brought together by a broker instead of a commission. In the settlement process, deliveries of securities and payments were made through the broker, i.e. the seller gave the securities to the broker, who passed them to the buyer.

Now, the buyer gave a cheque to a broker, who then made the payment to the seller. Now here, the buyer and seller might not even know whom they are trading with. Brokers could handle this because by now, they had become market makers and started to trade on their accounts.

To keep a semblance of legality, they pretended to be undertaking transactions on behalf of a bank.

Despite the scam, Harshad Mehta is looked up to by many. It is believed and reported by the Economic Times that financial experts believe that Harshad did not commit any fraud, 'he exploited loopholes in the system'.

Whatever be the case, the facts remain that because of this, the innocent public lost a lot of money, and some of Mehta's associates also committed suicide.

The Harshad Mehta scam can be looked at from two sides.

Scams like these teach us that stock markets are extremely vulnerable and also when the valuations of a company start to get on a crazier side, smart investors should start getting cautious instead of getting greedy.

You can refer to this youtube video to get further insights.