Sectors that Could Benefit From The Union Budget of 2021 The Covid-19 pandemic of 2020 seems to have changed the whole world. With the whole world shut down for nearly a year, many businesses were shut down, and thousands and thousands of jobs were lost. Economies were facing a terrible decline, and unemployment levels had found a newfound high. The pandemic brought about a financial crisis to the entire world.

Hence, with the onset of the new year and the discovery of the vaccine, global economies are fighting hard to bounce back to life. India, after the various unlocking phases in the later part of 2020, managed to find some sign of hope with positive signs of economic recovery.

Despite this, India officially entered a technical recession in Q3. So naturally, people are keen on learning how the government is planning to revive the economy from this situation. And this is why, this year's Union Budget, which is to be announced on February 1, is drawing more eyes and ears towards itself.

The Indian Finance Minister has already given a hint that this year's budget will be different from the previous budgets due to the pandemic situation.

So, let's take a look at all the sectors that could possibly benefit from this upcoming budget.

What is the Union Budget?

A budget is a nation's annual financial statement presented by the finance minister of the country. It gives us a detailed account of the government's expenditure and income.

Sectors that could benefit from the union budget

According to experts, several sectors could benefit from this year's union budget. These sectors include:

To strengthen health infrastructure in the private sector, certain tax incentives may be considered that can be beneficial to all hospitals under Sec 35AD (100% deduction on capital expenditure). Currently, it is applicable for hospitals with a minimum capacity of 100 beds.

Around 150% of capital expenditure will be allocated to healthcare workers for fighting the pandemic (Fresh investment in medical types of equipment like laboratory apparatus, setting up ICUs, CT scans, etc. has been done).

To encourage health insurance and to encourage its voluntary purchase by individuals, a portion of payment deduction of medical insurance premium should be enhanced to Rs 50,000 from the current Rs 25,000.

The government is also considering the launch of the Health Infrastructure Fund and Medical Innovation Fund, which would facilitate greater access to capital for the industry.

Medical Value Tourism (including AYUSH related tourism) can be a significant contributor to foreign exchange and should be promoted.

The objective should be to go beyond the flow of CSR (Funding for Social Organizations) funds into education. The educational sector was one of the worst-hit sectors affected by the pandemic. Both students and teachers had to face several problems in teaching and learning.

Under the National Education Policy, private higher education institutions must offer scholarships to students from the weaker socio-economic sections of society.

To generate additional income, higher educational institutes and universities should be allowed to invest their surpluses/endowment in the market in a diversified manner.

India is expected to achieve the goal of doubling farmers' income by the year 2022. The agriculture sector in India is required to generate better momentum in the next few years.

Investment in agricultural infrastructures such as warehousing, irrigation facilities, and cold storage is increasing. Moreover, farmers are using genetically modified crops these days that would likely improve the overall yield for Indian farmers.

India is expected to be self-sufficient in the next few years due to the concerted effort of scientists to get early maturing varieties of pulses and the increase in minimum support price.

Hence, considering all of this, the government may offer several benefits to the agriculture sector.

To revive the growth cycle of the economy, it is important to create employment on a huge scale as a lot of jobs were lost due to the pandemic. A boost to investments in infrastructure can provide a major boost to the growth engine, leading to the creation of jobs, and spur in demand.

Under Section 10 (23G) of the Income Tax Act, the income by way of interest, dividend, and long-term capital gains arising out of investments made in an enterprise engaged in the business of maintaining, developing, and operating an infrastructure facility, will be exempted from tax.

Incentivized investments in infrastructure may be offered in the upcoming Union Budget similar to the benefits of section 10 (23G) of the Income Tax Act.

Expenditure on Research and Development

The pandemic has changed everything and has caused disruption in businesses across all industries. This situation created an increased necessity to take a step forward towards the Research and Development activities in the country. The current scenario especially reflects the need for R&D to come up with new or cheaper versions of medicines for Indian and export markets.

Also, in order to achieve the objective of Atmanirbhar Bharat and Make in India, and to encourage new innovative products, services, and technologies, the investments in research & development activities must be incentivized under the Income Tax Act, going forward.

The economy is slowly recovering, and this push needs to be sustained. The Union Budget may prioritize growth-oriented measures and then fiscal considerations. To strengthen the demand conditions in the economy, the government may consider the following suggestions:

A scheme for Urban Poor may be considered as MGNREGA which may include plantation of trees, sanitation work, maintenance of public places, etc.

Interest subvention on Housing Loans of 3-4% for a period of 3 to 4 years will help the people and real estate industries.

To support the industrial and economic growth of the economy, the government can consider setting up more banks and financial institutions. Recommendations of RBI on ownership guidelines and corporate structure for Indian private sector banks may be taken forward in the Union Budget.

Suggestions for allowing large well-governed NBFCs (Non-Banking Financial Company) to convert into banks and allowing large corporate and industrial houses to promote banks might be implemented.

After a year full of economical and financial distress, this year's budget is going to be important for every sector of the economy. To revive India's economy, the government has already started taking several steps to boost the economic growth of the country.

Hence, this union budget can act as an assistant to the government and can help decide the fate of the country's people and its several economic sectors.

So, what are your expectations? 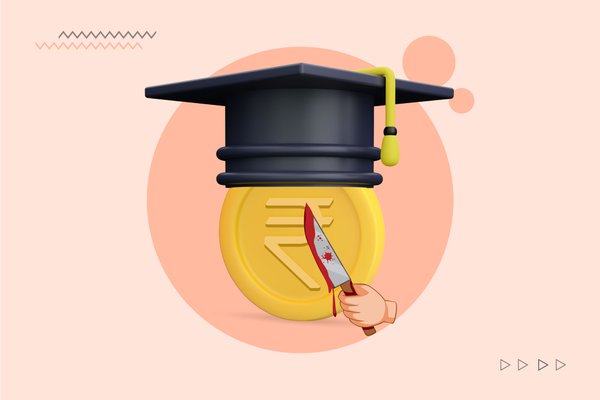 Initiatives under the Digital India Scheme