As of today, our lives have been entirely infiltrated by bitcoins. Whether you are a bitcoin miner or a bitcoin investor, or just someone fascinated by them, bitcoins have become a mainstay of the news and conversations everywhere.

Whenever you hear cryptocurrency – the first thing that comes to your mind is bitcoins. However, did you know bitcoin is not the only cryptocurrency around? As of January 2021, there are more than 4,000 cryptocurrencies in existence.

In today's article, we will discuss ten prominent cryptocurrencies other than bitcoins. This article is a part of a series of articles we wrote on bitcoins – bitcoin basics, mining process, myth-busting, valuations, and working of the mining process.

But first… A DISCLAIMER!

The list of cryptocurrencies we are discussing today is not comprehensive and exhaustive because we have already mentioned there are about 4,000 cryptocurrencies in being. Many cryptocurrencies in today's list have little to no trading volume or following, but they enjoy a great deal of popularity among dedicated communities of users (backers) and investors.

Created by an MIT graduate, Charlie Lee, and launched in 2011, Litecoin was one of the first cryptocurrencies to gain prominence after bitcoins. Litecoin is often referred to as the silver to bitcoin's gold. Litecoin operates on an open-source global payment network that is not controlled by any central authority.

It uses 'scrypt' as proof of work that can be decoded with consumer-grade CPUs' help. Litecoin is similar to bitcoins, but the Litecoin block generation is faster than that of bitcoins. Over time, more and more merchants have started to accept Litecoin. Litecoin is the sixth largest cryptocurrency in the world.

Ethereum is a prominent alternative to bitcoin, which is a decentralized software platform. The decentralized platform enables the building of smart contracts and decentralized applications (DApps) to be run without any downtime, fraud, control, or interference from third parties. Ethereum has been issued to create a decentralized suite of financial products that can be freely accessed by anyone in the world.

Ethereum has become the second-largest digital currency in terms of market capitalization after bitcoin. It is worth noting that Ethereum lags by a significant margin behind the dominant bitcoin. As of January 2021, Ethereum's market cap is approximately 19% of that of bitcoins.

A unique proof-of-stake cryptocurrency, Polkadot delivers interoperability between other blockchain networks. The Polkadot protocols are designed to connect blockchains (both permissioned and permissionless) and oracles to permit different systems to work together under a single roof. Polkadot was developed by Gavin Wood, who also was one of the initial founders of Ethereum and left them after some disagreements.

Created based on a research approach by engineers, mathematicians, and cryptography experts, Cardano is an Ouroboros proof-of-stake cryptocurrency. Charles Hoskinson was one of the five initial founders of Ethereum and founded the Cardano project after having some disagreements with the Ethereum team.

The Cardano blockchain has been created after extensive experimentation and peer-reviewed research. The backbone of Cardano is over 90 papers on blockchain technology written by the researchers behind Cardano. It is often referred to as the 'Ethereum Killer' because of a more efficient blockchain than Ethereum.

Bitcoin Cash is one of the essential bitcoin alternatives (most successful hard forks) in the history of bitcoin alternatives or altcoins, as they are often called. Bitcoin Cash came into existence in 2017 stemming from the debate to address the bitcoin network's scalability issues on a 1MB limit. In contrast, the BCH network works on an 8MB limit. The rationale behind this is that larger blocks hold more transactions, thereby increasing the transaction speeds.

An open blockchain network, Stellar is designed to provide enterprise solutions by connecting different financial institutions for large transactions. Stellar has been positioned as an enterprise blockchain for institutional transactions that allow transactions between banks and investment firms instantaneously without intermediaries' involvement and little to no transaction costs.

The Stellar system allows cross-border transactions between different currencies. However, the native money of Stellar is Lumens (XLM). The users are required to hold Lumens (XLM) if they wish to transact on the network.

A decentralized oracle network, Chainlink bridges the gap between smart contracts (as in Ethereum) and the data outside of them. Blockchains by the structure cannot connect with external applications, but the Chainlink oracle system allows the smart contracts to communicate with outside data. This means that the contracts can be executed based on data that even Ethereum cannot connect to.

Launched in 2014, Monero is an open-source cryptocurrency that is a secure, private and untraceable currency. Monero developed stemming from the interest and enthusiasm from cryptographers and is based entirely on donations. Monero primarily focused on decentralization and scalability.

It allows total privacy through a special technique called the 'ring signatures' – a technique wherein a group of cryptographic signatures appear, including at least one real participant. Identification and isolation of the real participant is difficult since all appear to be valid. It is because of this peculiar characteristic that Monero has gained notoriety with criminal operations around the world.

Tether was one of the most popular and among the first stablecoins – cryptocurrencies that peg their market values to currencies or other external reference points to reduce the fluctuations or volatility. Cautious people were attracted to Tether because of this feature because bitcoins experience wild fluctuations and volatility despite being popular.

Tether's price is directly linked to the price of the US dollar. The Tether system permits the users to promptly transfer from other cryptocurrencies back to the US dollar than actually converting the same to regular currencies.

This article introduces you to ten other prominent cryptocurrencies from among thousands of others. For better or for worse, bitcoins and other cryptocurrencies are here to stay. It would be interesting to see how they're dealt with by the government. 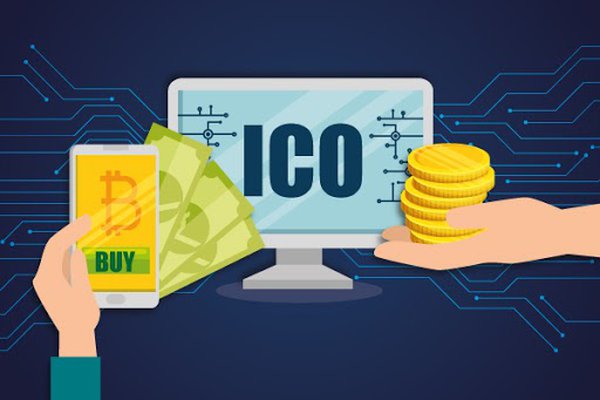