Insider   >   Invest   >  What are ICO tokens or crypto tokens?
Invest It was only a matter of time when people came up with innovative ideas to use cryptocurrencies. One such fascinating idea is that of Initial Coin Offering (ICO) – a type of funding using cryptocurrencies. If you don’t know what an ICO is, don’t worry! We got you covered. Check out our previous article, which talks about ICO basics.

In today’s article, we will be discussing ICO tokens and their working.

We know that ICOs are a form of crowdfunding tool used by businesses to raise capital. ICO involves the use of tokens – a quantity of cryptocurrency sold to speculators in exchange for legal tender or other stable and established cryptocurrencies like Bitcoin or Ethereum.

The promotion presents tokens as future units of currency (that are functional) if or when the goal of ICO funding is met, entailing a successful launch of the project.

Let’s try to understand with the help of an example. Suppose you purchase a license for antivirus software for your personal computer or laptop. So, one token can be the yearly license purchased. In the case of fashion houses, one outfit can equal one token. Suppose you are a Chartered Accountant (CA), and you issue tokens of yourself. The token holder will be able to purchase an hour of your working hours with that token. So, you, see? You can tokenize just about anything!

Is there a difference between cryptocurrency coins and ICO tokens?

One crucial difference that you have to keep in your mind is that tokens are not a currency in any sense. The token issue process does not involve the creation of new blockchains. An existing blockchain (usually Ethereum) is used for this purpose.

Cryptocurrency coins are money equivalents. Coins are things that define value and serve as a value transfer. On the other hand, tokens are symbolic of contracts whose value does not depend on mining or gold or any market conditions.

Token Contract – What is it? How does it work?

From the above discussion, it is clear that tokens are contracts and not coins. Now the question arises – how do transactions in tokens be regulated and valued? How does the contract system work? We’ll take Ethereum as an example because it is the most popular platform for tokens to understand it bette

None of the above processes are free. A party to the transaction will pay for the notary, vending machine system, and the token delivery. In the world of tokens, the process of operations is known as ‘gas.’ Every transaction of buying or selling the token involves the spending of some ‘gas’ for which fee is paid.

What are the types of tokens?

Following are the common types of tokens:

Utility tokens: Utility tokens are the most common and popular types of tokens. Utility tokens are similar to the tokens you bought at amusement parks to buy snacks or exchange to enjoy a ride. Suppose you purchase a bunch of tokens before the amusement park’s opening (or maybe when it’s just opened). As the park becomes more and more popular, the tokens become more and more expensive. For example, a burger is currently selling for Rs. 50/- at the park, but since you bought the tokens before the park’s opening, you can enjoy it for, say, Rs. 10/-

This essentially is the underlying idea behind the issue and purchase of the tokens. Naturally, you would be wondering where to get the cryptocurrency tokens! Well, this is where the concept of Initial Coin Offering (ICO) comes into play.

Stock (Equity) Tokens: In this scenario, ICO and IPO are almost analogous. Token stocks are usually issued by startups when they do not require crypto technology. The token holders are entitled to dividends or fixed commissions and participate in the company’s decision-making process – an honor bestowed upon them for supporting the project since its inception.

Credit Tokens: Essentially, this is a loan that a token holder gives to a startup. It is an alternative way of raising money to fund the business. You invest a certain amount to get that amount plus interest in return.

Combo Tokens: Combo tokens combine the characteristics and properties of more than one type of token. A famous example of this is the SIA and DIGIX, which are both – tokens and stocks.

Can you trade tokens?

The answer is yes, and the process is quite similar to that of trading coins. You register yourself with an exchange to buy and sell tokens. One should be alert of the conditions and rules of the transactions as they can be very complicated – ‘you are allowed to sell the tokens before a specified date’ or ‘you can sell after a certain date but only to a specific vendor.’ Before entering into any such transactions, it is advisable to read through all the rules and conditions carefully.

We are fast moving towards the digitization of currencies in the form of cryptocurrencies. Naturally, incidental transactions and money-raising avenues are bound to open up. Initial Coin Offering (ICO) and their token system are such glaring examples of how innovation can be brought about with cryptocurrencies. Because the concept and the system are so new, one should always be very careful before making any investment decisions. 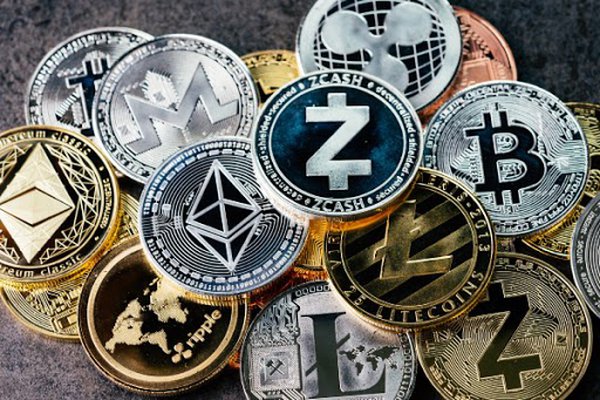