When Manmohan Singh was the Finance Minister, he was invited to inaugurate India’s first ATM of HDFC bank. The machine took in the card, and never gave it back. After the incident, the bank ran sprints to get approval from the RBI.

Today, we have a story of a bank whose first back office was a truck yard. A bank whose first ATM ate away the card of THE Finance Minister. A company whose CEO would abstain from using technology so much, that even in 2020, his secretary would print all of his emails daily and bring them to him.

Talk about performance? It is India’s largest bank by market capitalization.

The Firsts of Many

The bank opened its first back office in a truck yard, where, in the morning, they would work, and trucks would be parked at night. On the first day, the founders were the ones who opened the gates and picked up newspapers. They ate Vada Pav from the stall in front of them. They had to work in the open, with no fans, no lights (Sunlight, yes, very much though). They used old rusty computer systems, connected with wires chaotically taped on the floor (which were either bitten off by mice or someone stumbled upon it), on rented desks.

HDFC’s first training session was in the open, under the trees, with people surrounded around it like a class going on in a village. The third HDFC office was in a mill in Mumbai. They moved to 4 places in 6 months. This happened because they spent all their money on making their branch office pretty. The customer end had to be pretty at all costs. But why?

The King of King of Banks - Puri Sahab

August 1994, HDFC bank was started by Deepak Parekh. Deepak Parekh reached out to an old friend, Aditya Puri, because he knew Aditya would be a better fit for the bank than him.

When Parekh approached him, he was settled in Malaysia. He was the CEO of Citibank and had been a banker for 20 years already. Aditya Puri had been asking his father to come and live with him for a long, but Senior Puri would say no. His heart rested here in Mumbai. “I want to spend my last years with you. I want to die in your house.” His father said to him once.

And then, Aditya Puri received an offer from an old friend in his old country to join a new position in a new company. Both of these reasons were enough for him to relocate to Mumbai. But he put a condition on the table in front of Parekh. He wanted a free hand to run his business. No taaka jhaki no toka toki. And Parekh agreed to it. 🤝

In September of the same year, he returned for a job that paid half of his previous job’s salary. He already had 20 years of experience by the time he joined HDFC. At first, they started with corporate lending.  Then, they grew, to capture the retail & rural segment. Then finally, the gold loan. Aditya Puri decided when and how to roll all of it.

Thinking Out of the Cup (no, Box was it?)

There was a time, in 1997 when expenses were getting a bit out of hand. Aditya Puri came up with an unusual solution.

Like any other office, paper cups were used to drink coffee in HDFC offices. In a day, a person would typically use four to five cups. That is a “staggering amount of wasteful expenditure”  - Company’s CFO. They were banned all at once in all HDFC offices across India. Guess how much they saved by this simple solution? Rs. 50 lakh in a year. I know, right!

There is a reason why they are number one. 😉

But how exactly did they become the best?

On a micro-level, when you talk to a branch manager of HDFC bank for a loan, the answer would almost always be a “Sorry, Can’t do.” And no matter if you are a friend of this manager or even a spouse, your documents will decide if you are worthy of credit and not your societal position whatsoever.

There is a funny story that Aditya Puri recalls. In the 2000s, people in Punjab would come to the bank and ask for a loan. But that’s not it. They would say that they knew Aditya Puri personally and try to make the process smooth for them. When Aditya Puri heard of this, he sent out a message to all his employees - “You tell them we know Puri Sahab as well and then start talking business.”

In contrast, when talking to a branch manager of, say, ICICI bank, the answer would almost always be “Haan, ho jayega.” Do you know why HDFC won’t give out loans easily and why ICICI would?

There is a thing called Financial Health. It basically means that after all of your existing EMI payments, if there is a sufficient surplus left enough for you to sustain and pay the new EMIs you are starting.

HDFC always checks if the person seeking a loan is financially healthy. They are excellent at identifying people who will return the money. No doubt, their NPA stands at 0.4. Do you know what is ICICI’s NPA currently? It is 1.24.

It means, for every Rs. 100 that HDFC bank lends, 40 paise does not come back. And this figure is too small and still is at an all-time high right now because of the Covid. And for every Rs. 100 that ICICI bank lends, Rs. 1.24 does not come back. This number for the Central Bank of India is 5.77%. Do you understand what that means? The central bank does not see the face of more than 5% of the money that they lend ever again.

Let’s circle back to the topic we started with. Eating away the Finance Minister’s card. Naughty HDFC!

Aditya Puri was giving the demo to Manmohan Singh when this happened. And while everyone around laughed it off, Aditya Puri decided right then and there that this was his first and last attempt to be a pioneer in any tech-related thing.

So today, the scene is something like this - ICICI (yes, again) is the innovator and disruptor and HDFC copies and executes something similar after a refinement process. The execution is so nicely done that they become the leader in that segment.

“ Technology, going forward, is very important, but overrated.”, - Aditya Puri in an interview.

How Big is the Big Bank

Let’s talk numbers now, shall we?

Reiterating my point here, HDFC is the biggest bank in India, with a market cap of around 8,16,313.01 Cr. Okay, cool! But how would an average person like you and I know what these numbers even mean? (Honestly, anything after ten crores is abstract to me). India’s second-largest bank, State Bank of India, has a market cap of  4,17,493.33 Cr., nearly half; HALF! And pay attention, people, the numbers are in CRORES! Making sense now?

Also, in 2019, Forbes compiled a list of the World's Best Bank customer services and technological advancements. Guess who was at the top of the list? That’s right. HDFC. And SBI couldn’t even make it to the list. HDFC has a legacy of compounding shareholders’ wealth at 26% for over 25 years.

Aditya puri retired last year, but what a grand two decades it has been. He speaks very highly of his successor, the new CEO of HDFC bank - Sashidhar Jagdishan. More like a spiritual successor type of thing. (Finology patrons, Deja Vu?)

I’ll go easy on you. You read it on our blog where Jack Dorsey calls Parag Agrawal his spiritual successor. Aha, there it is! 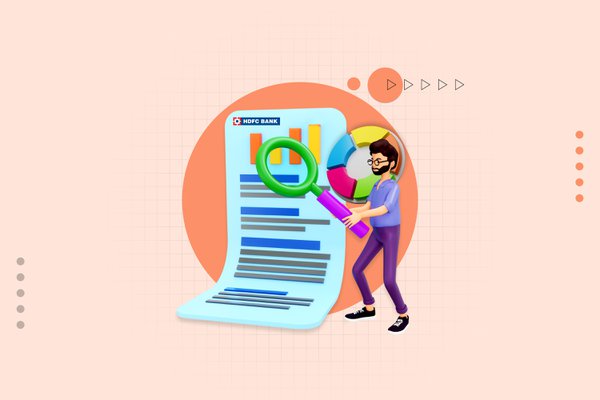