Himalaya: The company that bottled Ayurveda Our story today started 90 years ago. Deep in the thick forests of Burma, a few elephants were going frantic. A man was out on his nature walk when he saw the elephants so restless. He stood at a distance and observed them. There came another man who fed them some leaves, as it looked from the distance. He kept observing the elephants, and in a while, they were calmed down and as quiet as a cool breeze.

The man was intrigued as to what exactly was in those leaves that did the trick…..

Today’s brand story is of Himalaya, and the forest man who observed is Mohammed Manal.

After reading the blog title, the first brand that pops in your head must be Patanjali, or maybe Dabur or even Baidyanath; but not Himalaya. Himalaya does not precede its reputation of being an 'ayurvedic jadi buti' type of brand, but rather a branded-brand that has a natural cure for all problems.

When you google ‘Himalaya products list’, the first link takes you to a Himalaya’s website with a quiz. And there are 16 quizzes to choose from. SIXTEEN! Of skin, hair, body, eye wellness, joint wellness, immune, cardiac etc. etc. Now, of skin, there is a daily and weekly skin routine and so on. After every quiz, you will be suggested a few ‘personalized’ products of Himalaya that ‘best suits’ your needs. And boom! Sales made.

Manal had no formal scientific training or education. All he possessed was a deep-rooted love for nature and holy faith in herbal medicine.

The young man, with no money and resources but with dreams as big as the Himalayas, wanted Ayurveda to be commonplace for a common man. This was around the time when people were not very optimistic about the Ayurveda, basically because it was not backed up with scientific evidence.

In the forest, when he stumbled upon those few anxious elephants, a business inspiration hit him. He came across a jadi buti. That jadi buti was Rauwolfia Serpentina. This incident was a breakthrough for him and made him think of the gamut of options he had to do something epic with it.

In 1934, after 4 years of the incident, countless sleepless nights failed attempts, and extensive research, the world’s first natural anti-hypertensive drug was made. It was called Serpina.

To manufacture these tablets, Manal needed a manual machine. To buy this machine, he didn’t have enough resources. So, he pawned his mother’s jewellery to buy the machine. In the morning, he would do research for making the medicine, and at night, he would use the machine to make the tablets. In just a few years, the business was up and running perfectly.

Himalaya started in Dehradun and moved to Mumbai (then Bombay) in the 1950s.

Mohammed Manal’s son, Meraj Manal, also joined his father’s business and had some new, albeit different ideas. He suggested moving headquarters to Bangalore. But at that time, they didn’t have enough money to install the infrastructure that Junior Manal had in mind. He then sold his flat in Mumbai to establish a manufacturing unit in Bangalore. And so, in 1975, Himalaya had a new home.

All bright and good, right? But this is not a history class, and you are not here for a Mesopotamian Civilization lecture. Let’s jump to the genius-business side of it.

How many products can you think of Himalaya at this very instant? 10? 15? If the number is more than that, you are lying.

Do you know how many products they have? Somewhere close to 500.

The one thing that made Himalaya stand out from all other Ayurvedic brands is dose-ifying its medicine. A century ago, there were some ayurvedic medicines that allopathic doctors wanted to recommend. But its dosage was a serious problem. They used to be in powder, paste, and dry herbs form and quantifying them was a real problem. Even if some doctors suggested a tablespoon of some Ayurvedic medicine, the spoon size might be different for the doctor and the patient.

This changed when Himalaya put these herbs in capsules and started selling them. Now the doctors had the liberty of prescribing them, which completely changed how traditional Ayurveda operated.

A question. Would you be able to tell me how babycare and childcare are related? Take a second and think about it.

Before Himalaya, these markets were either untapped, or some companies had complete monopolies. Like in babycare, Johnson and Johnson ruled single-handedly, and no one could dare to start a product series in this niche. Basically, for two reasons- the targeted segment, the children, have very sensitive skin and could very easily react if a single thing goes wrong. Second, that means an invitation to lawsuits and a lot of financial burdens. Who would pet so much friction while they can earn so much more somewhere else!

Himalaya decided to enter this babycare segment and kicked J&J out in a fortnight (rhetorically speaking!). This happened because J&J was sued for having a cancer-causing chemical that allegedly caused ovarian cancer in a bunch of women. The chemical called ‘asbestos’ was in the talc powder from the very beginning, and J&J spent some good 40 years covering that up.

And Himalaya was all herbal, no chemical, which instantly made it people’s brand. That is the thing about Himalaya. It enters the segments in which no one bothers/dares to put their feet in. Similar is the case with mom care, pet care. And the Himalaya pet care segment, introduced as the ‘Himalaya Animal Health care’, has everything for pets, starting from food to cleansers to medicine for animals. Another pioneer in a segment, at least in the Indian market.

The second groundbreaking discovery of Himalaya, in 1955, is the Liv.52- world’s first ayurvedic liver-health medicine. Liv.52 is the only ayurvedic medicine that is used in allopathy as well. Meraj Manal once said that one Liv.42 is bought every second somewhere in the world.

Now, once they tasted the sweet success of Liv.52, what else could they do to expand it? They came up with Liv.52 pet, the liver medicine for animals and it was a hit too. You have got to admit that the Himalaya Neem Fashwash is undoubtedly the most famous product of Himalaya. Once they cracked this neem facewash market, they haven’t let any other company establish its territory, overriding Himalaya’s. The advertisement plays an important role here. Teenage girls with skin issues and their elder sister suggesting the facewash to them connected instantly with those advertisements. This touched the hearts differently, and the sales hit multiple levels.

In 2016, Himalaya Purifying Neem Facewash’s sales accounted for over 500 crores out of the total 1800 crore revenue. This facewash has a market share of 24%, quite impressive for any brand with such high competition in this specific industry.

This was one aspect of it. Here is another juicier one.

Himalaya sells its franchises for around ₹10 lakhs. And the franchisee (person who buys the franchise) pays another ₹10 lakhs for the interior decor, store accessories, inventory etc.

Now, if you think for a bit, Himalaya has a variety of products. How many of those have you seen advertised? The Neem facewash, yes, the shampoo, the face scrub, and? One or two others, maybe. So, Himalaya saves a lot of money in advertising by not advertising all of its products in its portfolio. Then, how exactly does it sell its products?

Here is the fun bit. In the franchise I mentioned above, when a person’s ₹20 lakh is put in the line, wouldn’t he sell the products himself?  This is another genius-business strategy of Himalaya. Instead of aggressively advertising its products, the company looks for franchises to sell. Once a franchise is sold, the store will be house to all the Himalaya products.

A person walks in after watching the few ads that Himalaya paid for to buy those few best-selling Himalaya products. Himalaya’s job is done here. Now, it is the responsibility of the franchisee (the person) to sell as many products as possible to a person who walks in. If you look at it under the microscope, Himalaya has touched lives by eliminating the ‘chemical’ factor that was a major issue to the public's general health; it also added value to the segments no other FMCG company cared about. The chemical-free baby products were a boon to the concerned mother. The Himalaya pet care range is a common name in households of people who love their pet as if it were their child.

The chemical-free mom care products were a boon to the Indian (and foreign) society. Apparently, every second, around 10 Himalaya products are sold around the globe.

My point being, that what started as a mere observation in a jungle became a common name in the urban jungle, adding value and nourishment to us. 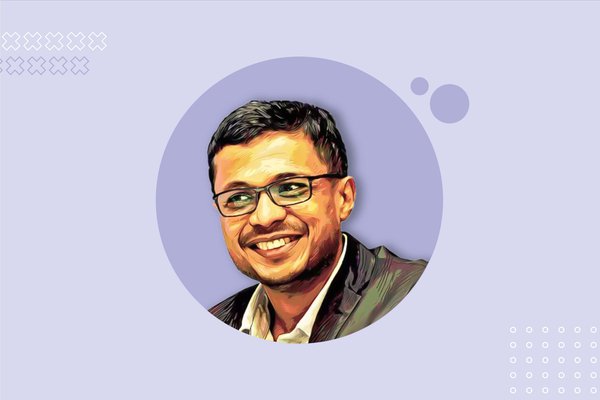