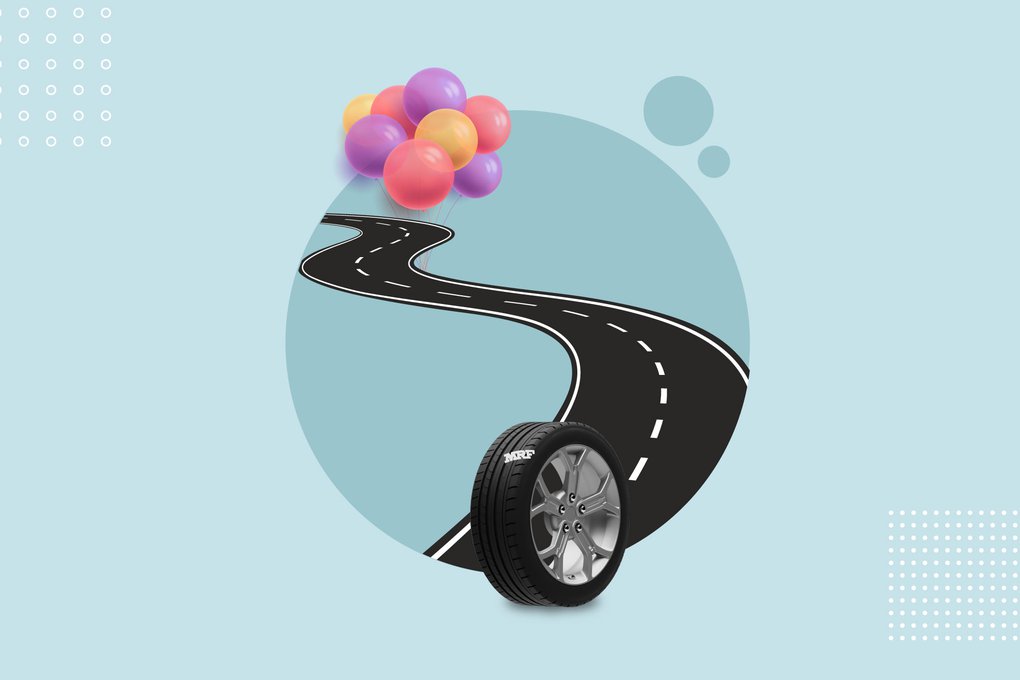 The year is 1946, a young man named K.M Mammen Mappillai is wandering around the streets of Madras selling balloons. Born to a Christian family in Kerala with nine other siblings, Mammen had no idea that those balloons were building blocks to his success.

The business was simple, it was a small manufacturing unit opened in a shed that used to make toy balloons, Mammen would pack them in a bag and go from street to street to sell them.

The turning point came in the year 1952 when he noticed a foreign company was supplying tread rubber to a tyre retreading plant (So, a tread rubber is a rubber in the tyre that makes contact with the road, and tyre retreading is the process of making old tyres re-usable.) It occurred to him,

“Why can’t I set up a unit to build tread rubber in India itself.”

With all the money he saved for years, he decided to use it at once to enter the tread rubber manufacturing business, which eventually gave birth to MRF or unpopularly known as Madras Rubber Factory.

This business in no time became very popular, it was the only Indian company that manufactured the tread rubber, and competitors were foreign companies. Thus, MRF was on the road to the big league, and within 4 years, it became the owner of a 50% market share owing to its high quality. This led to the withdrawal of many foreign manufacturers.

Things were going great, Mammen wanted to expand more from just manufacturing tread rubber, and this time he aimed for Tyres!

The year was 1960; MRF had already become a well-established brand when it came to tread rubber, but manufacturing tyres was a different task altogether, Mammen had managed to kick foreign competition out from the country in the past but this time they needed support from such companies for the tyre manufacturing unit because India was not very technically advanced to produce the quality tyres that Mammen hoped for. Thus, the USA's Mansfield Tire & Rubber Company came into the picture as a technical collaboration.

Soon the tyre manufacturing unit was set up and work began. The year was 1961 when the first tyre from the unit was manufactured, and the same year MRF launched its IPO on Madras Stock Exchange.

Things were going smoothly until Mammen realized that the technical collaboration with Mansfield was not suited for Indian road conditions.

On the other hand, the competition from foreign companies was endless. Those were the times when the Indian tyre manufacturing industry was dominated by multinationals such as Dunlop, Firestone & Goodyear.

These three companies were dominating the market in terms of pricing, production numbers & suppliers; they also gave tough competition to new entrants in the market.

Dunlop massively dominated the market share and restricted entries for new companies such as MRF.

India very recently gained its independence and political leaders were keen to promote Indian companies, especially in the rubber industry which encouraged MRF even more. The government intervention ensured fair competition and MRF began to compete fiercely even for government contracts.

Also, remember how tyres manufactured by Mansfield Tire & Rubber Company were unsuitable for Indian road conditions? This problem was solved in the year 1963 when the Rubber research center came into existence at Tiruvottiyur, commencing the inauguration of the Tiruvottiyur factory.

Decades passed since a young man named K.M Mammen Mappillai sold balloons on the streets of Madras, Fast forward to the year 1963 his company MRF was in the hall of fame.

MRF was becoming big, Mammen wanted it to be bigger. Till now the company remained a B2B player and still, it was not strong in OEM when it came to the auto industry, OEM means original equipment manufacturer. In the automobile industry, OEM’s are companies that manufacture goods used in the production process of an automobile. OEM's rarely used tyres of MRF. To become bigger Mammen had one shot and that was, The retail segment, which means us.

Mammen wanted to be the top player in replacement demand, that is when a tyre is changed by the retailer, they chose nothing but MRF as a replacement and for that, he had to let people know what MRF was, the company had to connect to the masses.

For doing that, Alyque Padamsee came into the picture. The rockstar of Marketing at that time. Also known as the God that changed the face of Indian Advertising. Padamsee began the survey of various truck drivers who claimed that a tyre should be strong & powerful. So, the identity of MRF tyres should also be something strong & powerful that gave birth to the MRF MuscleMan in 1964, indicating the strength of the company's tyre. Muscleman was used in TV commercials & billboards that way people began to relate and recognize it. Alyque Padamsee, The Rockstar of Marketing 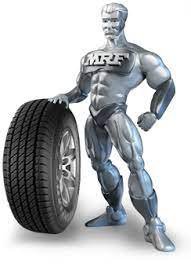 Back in the 60s, Mammen had already managed to make a mark in India’s retail tyre segment and this was the time to go international. Once dominated by the US multinationals such as Dunlop & Goodyear, MRF now became the first company in India to export tyres to the USA in 1967. By the early ’70s, the company had opened various plants in different locations in India. In the year 1973, MRF became India’s first company to manufacture & market Nylon passenger car tyres commercially.

Moving forward to the 1980’s MRF began to venture into sports by setting up the MRF pace foundation and also sponsoring the MRF world series tournament in India.

Do you remember that cricket bat with MRF written on it? From Tendulkar to Dhoni, each one of them has made that bat iconic. To be honest, at some point, we all thought that MRF was a cricket bat-making company. The famous bats with the MRF logo

Not only cricket, but the company also brought a boxing Championship to India, the first of its kind, with 39 countries participating. By the late ’90s, MRF began manufacturing F3 racing cars.

So many ventures under sports, right? Signifying strength & power like an MRF tyre. Who would have thought a simple Tyre could be branded in a way that people could actually connect with it. The man behind it, KM Mammen Mappillai would have never thought while wandering in the streets of Madras that he would create an empire so big making it one of the top largest tyre companies in the world. His legacy will remain for ages to come, and all of this started from selling Balloons! He served as a chairman of the Board & Managing director of MRF for years and left us in the year 2003, leaving behind a glorious heritage and the story of rags to riches in a true sense.

What a nice story of success full of happiness, right? Here's another one for you: ZOMATO: The Journey from Zero to One How NOT Diversifying saved Symphony from Bankruptcy