All prisoners in Tihar Jail get “do waqt ki roti”, kapde where ‘disparity’ plays no role, a roof that does not leak and blankets to wrap themselves in at night. No, I’ve  never been to jail, let alone Tihar, but I know all this through a recent experience.

I was shopping for groceries in a Reliance Fresh store when a brightly packaged bhujia packet attracted me. It was marked "TJ's." This worked out to be 25% less in price compared to Haldiram’s bhujia, and I decided to give it a try.

TJ’s represent Tihar Jail’s products, and the chef for TJ’s bhujia was… guess? The prisoners. Ahann! That’s right. So, I thought that to err is human, but forgiveness is divine and decided to adopt a holier-than-thou attitude. This led to me playing a small part in forgiving hardened criminals by buying a TJ's bhujia packet. (Please note that my hunger also played a significant role in my forgiveness.😅)

But hey, it was delicious, and the product was so good that I decided to buy other TJ's bakery products.

This business, right here, is of the inmates, by the inmates and for the inmates. And to my shock and bemusement, it is a multi-million dollar enterprise today. Let’s begin uncovering this business then, shall we? What was the idea? Today, we’ll talk about Delhi. Delhi has the highest number of Central Jails in the country, one of which is the Tihar Jail.

Tihar Jail is one of Asia's largest and most infamous jail complexes, housing both the Tihar Jail and the Tihar Ashram. Tihar Jail gained its notoriety because of the notorious criminals and political prisoners it has housed during its history.

Names such as the underworld don Chhota Rajan and Delhi gangster Neeraj Bawana, among others, are long-term residents in the jail.

Tihar Jail is under the control of the Department of Delhi Prisons, Govt. of Delhi. You could call it a mini-city with nine central prisons, its own radio station and all kinds of productive and recreational activities available within its four (or more) walls.

The Tihar jail complex houses more than 17,500 inmates. Apart from the infamous criminals, Tihar Jail is better known for the correctional nature of the institution. Its inmates are transformed into productive members of society.

The TJ's store had a humble beginning when, in 1961, the jail factory was established. Its primary purpose was to transform inmates into productive members of society by teaching them gainful occupations. And only convicted prisoners participate in this programme.

These activities, which started on a small scale, have now progressed into TJ's, which makes a comprehensive range of products from jewellery to detergents. ‘Ahann’ moment again?

Amazon, Flipkart, Jio store, Vishal Mega Mart etc., are all vying to distribute TJ’s range of products. Today, TJ's is a multi-million dollar brand with a sales revenue of $5 million as reported in July 2021.

The lion’s share of its revenue, 65%, comes from the carpentry store, whose products are distributed all over government offices in the NCR region. With a diverse product portfolio, TJ's markets everything from mustard oil to blankets and disinfectants. All the inmates who work and have worked for TJ’s Food Products received training in FSSAI standard operating procedures. In fact, all their food products are printed with a 14-digit licence number, reassuring their quality and standard.

What sells in TJ’s store?

TJ's has stores outside the jail premises. These display-cum-sale kiosks are set up in government premises all over Delhi, and they are not charged for it. These stores have sales exceeding ₹25,000 per day.

So, when we say that Tihar Jail has a factory within, we’re not kidding. There are various units inside the jail wherein organised manufacturing of edibles and otherwise take place on a daily basis.

For example, the Sanitary pad factory- this unit makes sanitary products; goes by the name Fempride, to meet the in-house needs of the inmates and are also available for sale. The manufacturing unit, which cost ₹20 lakh, is established in Jail 6 and the women over there get a pack of six pads for ₹26 for free. The unit produces 60 pads in one minute and needs 10 people to run the machine at any given time.

TJ’s also has its own website promoting its products (which is down most of the time, but okay! Our coder friend there does not feel like working, so what!) Haldiram enjoys 15% to 22% margins on its products, depending on its product category. Of course, Haldiram’s operating costs will be higher, especially labour costs, whereas TJ’s has this advantage by using inmates for labour.

The idea behind TJ’s is to provide inmates with a livelihood and provide products to the ultimate consumer at a reasonable price to gain market acceptance. So, the margins of TJ's food products are not likely to be more than 5%. (This is a guesstimate.) How is TJ’s Revenue used?

Inmates must also contribute 25% of their wages towards a Victims Compensation Fund, which funds victims and their families.

Training and Recognition for the Inmates

Ajay Singh is a valued inmate of the bakery and namkeen unit and gets paid Rs 3,500 monthly. He starts work at 7.30 a.m. and finishes at 5 p.m. He hopes he will get parole and rejoin society's ranks as a productive employee.

In the present day, an inmate working in these factories can earn between ₹171-₹308 per day, depending on their skills. This is a revision from an older wage of ₹99 per day. They can only claim these wages in cash after being released, and till then, the amount gets credited to their TJ’s Debit card, which could be used inside the jail for buying food items. All convicts are interviewed about their skills for employment in TJ’s activities. They are even given overtime pay at a double rate if they work extra hours. Inmates also create paintings which are sold under their names.

Sher Singh Rana, the criminal who who murdered Phoolan Devi, was sentenced to life imprisonment in Tihar Jail. He then escaped the prison and visited Afghanistan. In his statement later, he (falsely) claimed to have brought the remains the ruler, Prithviraj Chauhan from Kandahar, Afghanistan.

The Role of Kiran Bedi

When Kiran Bedi was the Inspector General of Tihar Jail in 1995, she contributed to the development of TJ’s bakery. Her successor, Ajay Aggarwal, added to the range of bakery products by adding the namkeen range.

Kiran Bedi also launched the Vipassana Programme and had S.N. Goenka teach his Vipassana to more than 1,000 convicts. Educational classes are also provided, with one inmate reportedly passing the I.A.S. Civil Service exam.

Bedi worked hard to improve the quality of the prisoners’ lives. She also instituted a name change from Tihar Jail to Tihar Ashram to remove the negative association with its name.

She also ran an experiment wherein she installed petition boxes to hear out complaints from the inmates. This petition box became the source of reforming the jail. She had a major role to play in improving the quality of life of the inmates and making Tihar (somewhat) self-sustainable with TJ’s.

When telecommunications minister A.S. Rajah was imprisoned in Tihar Jail, he asked for proper bedding to sleep on. He was given seven blankets. He spread four blankets on the floor, rolled up one to serve as a pillow, and used two more to cover himself.

With TJs, they learn valuable skills with the help of which they can become productive, earning members who can support their families after their return. By working for TJ’s, they also discover hidden talents like painting.

From a humble enterprise, TJ’s has evolved into a multi-million dollar organisation as an acclaimed brand. Plus, they have evolved from food products into many other spaces, including edible oils, detergents, healthcare, disinfectants, and even restaurants.

Their products are going global through multinational eCommerce stores like Amazon and Flipkart. I have done my part in supporting TJs. Will you do yours? 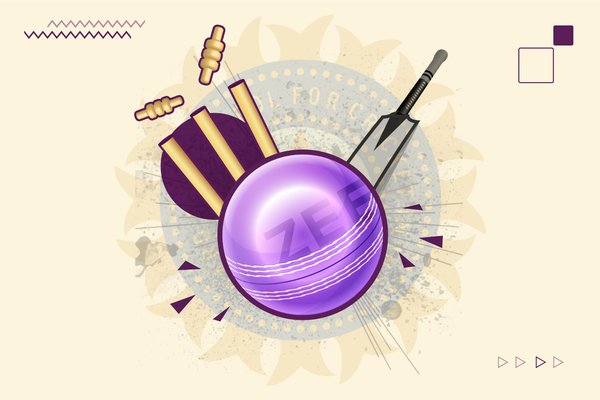