Anil Ambani: The Story of Riches to Rags Once among the world's richest men, Anil Ambani is in the midst of a crumbling situation today. Surrounded by billions of debt, there came such a bad time for this once-billionaire that in 2019, his entire business's equity value crashed to $523 million.

In 2008, Anil Ambani, according to Forbes, became the 6th richest person in the world with a wealth of $42 billion after inheriting his wealth and being appointed as the chairman of the Reliance Anil Dhirubhai Ambani Group (Reliance ADAG). A portion of the influential organizations that constituted the Reliance ADA Group included Reliance Communications, Reliance Capital, Reliance Power, Reliance Infrastructure, Reliance Naval, Reliance Home Finance.

The billion dollar business empire of the Ambani family, began with Dhirubhai Ambani, the father of Mukesh Ambani and Anil Ambani. Coming from humble beginnings, Dhirubhai started off as a gas station attendant in Yemen and became the ideal example of the Rags to Riches story.

However, as the current situation has been portraying, the exact opposite seemed to have happened with his younger son, Anil Ambani.

Who is Anil Ambani?

He owned many renowned companies, such as Reliance Communication and Reliance Power. The business group operates in many industries such as finance, power, and telecom. In 2008, Reliance Power's IPO was subscribed in less than 1 Minute, which is the fastest in the Indian capital market.

But who would have thought; the total net worth of a person who was once considered as India's wealthiest individual, would one day come down to zero.

Anil Ambani was also alleged as a suspect in the 2G Spectrum scam. He was also interrogated by CBI, who were unable to find out any evidence against him.

The Start of Success

Anil Ambani joined the Reliance Industry in 1983 as a co-CEO, which was established by his father. Among the most successful businessmen in India, who were mostly college dropouts, Anil Ambani was a well educated businessman, who had done a Masters in Business Administration from the Wharton School of the University of Pennsylvania in 1983.

He is also known for some developments in the Indian financial market, which included achievements like leading India to the foreign capital market with international public offerings of global depositary receipts, convertibles, and bonds. Under the leadership of Anil Ambani, Reliance Industries raised $2 Billion from the international financial market.

Anil Ambani was also elected a Member of Rajya Sabha in 2004.

The Split between brothers

In 2002, Dhirubhai Ambani died without signing his will. After his father passed away, Anil was made the  Managing Director of Reliance Industries. Mukesh was made the chairman, which at the time, was a Rs 28,000 crore business conglomerate.

In 2005, a spark of trouble began to grow between the brothers. The brothers had a dispute related to the supply of gas, which led to a court case between them, and the company, was eventually split into two. While Anil took over the telecom, power generation, and financial services businesses, Mukesh was given the oil-refining and petrochemicals businesses. They also signed a 'non-compete pact' until 2010.

Reliance Communications, Reliance Power, Reliance Capital, Reliance Infrastructure, Reliance Naval, Reliance Home Finance were the businesses which were run by Anil Ambani's Reliance Group. And his brother Mukesh Ambani was given the ownership of the Petrochemical business, textile business, with some others.

During the split of businesses, Anil Ambani acquired all the new companies, and among them was Reliance Communication, which seemed like the most promising one at the moment.

In 2007, Anil Ambani’s overall wealth reached around Rs. 4 lakh crores alongside being honored with many business awards. And the driver of this wealth and fame, was Reliance Communications.

Apart from this, in 2008, he made history by getting a complete subscription of the Reliance Power IPO in less than 60 seconds. At that time, it was the largest IPO that the Indian market witnessed.

Anil Ambani was on the rise, which was evident through his development projects such as Mumbai's first metro line under Reliance Infrastructure. Investments were being made in the entertainment industry which included investments in Steven Spielberg's DreamWorks Pictures' productions.

He was living the life of luxury and riches, surrounded with the elites of the country coming to his place for lavish parties and movie screenings.

Beginning of Riches to Rags

Anil Ambani faced the wrath of the 2008 financial crisis, which was the beginning of the more challenges which were waiting for him, just around the corner. The Rs. 11,563 crores raised through the history-making Reliance Power IPO supported multiple future projects.

However, to get the projects started, natural gas was required at a reasonable rate, and with the 2008 financial crisis, this wasn't easy to achieve.

Mukesh Ambani being the shrewd businessman he is, saw this as an opportunity and took it to nullify the non-compete clause against providing natural gas to Anil Ambani. Anil Ambani's plants may have started running again, but the future had other plans for him.

It seems like Anil Ambani has faced it all, starting from going through the journey of riches to rags, struggling with court summons and trying to pay off his debts. Starting from his wealth decline from Rs 4 lakh crore during the 2008 financial crisis, it is now standing at Rs. 2000 crores in 2020.

Experts have also believed that this sharp decline was all because of some of his irrational investment decisions and inability to survive the competitive business world.

However, it seems like things are still not over for Anil Ambani, and no one knows what's waiting for him in the future; only time can tell. 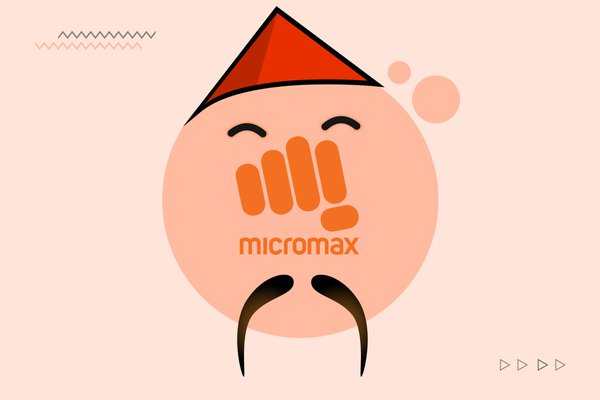