Insider   >   Business   >  Metaverse: Is it the Next Business Platform?
Business

Metaverse: Is it the Next Business Platform? Would you buy clothes that you cannot ever physically own? How much would you be willing to pay for it?
A metaverse startup company recently sold 620 virtual sneakers for $3.1 million in less than 5 minutes. A Snoop Dogg fan paid $450,000 to be his next-door neighbour in the virtual world. Justin Bieber organized a concert in the metaverse and fans went meta-crazy!

Clothes, shoes are a very physical thing. A digital real-estate does not classify your money as an ‘investment’. A VR concert is basically watching a youtube video while wearing VR headsets. What is the underlying instinct or emotion that leads someone to value something they can’t even touch or see with their naked eyes?

We start consuming the fashion that is around us, and that which the environment demands of us. For example, when we go to a wedding, our natural inclination is to wear something traditional, because we know, most people there would be in shimmery traditional. When we go to the gym for a workout, we wear our gym gear, because we simply can’t walk into the gym in our pyjamas, and be ‘the odd one out’.

When a person starts spending a lot of time in the virtual world, the line between the physical and the digital starts blurring more and more. Let us take another example, do you remember the game ‘Temple Run’? When the game begins, we get the default avatar. There are six other avatars to choose from. Of those avatars, there are different outfits, which you could buy with ‘coins’. The more you run, the more coins you will earn. Or you could buy it from the Appstore.

Now, this reward system works in such a way that, unless your avatar is some cool-guy with a crooked face, wearing a hat, you won’t enjoy running. So, you pay your real money to buy those coins.

The same happens with the avatar in the metaverse. Human psychology works in such a way that it becomes the basic instinct to look the best to feel that they belong to that place.

Now, since this metaverse is in the experimental phase, which basically means that people are getting used to the new theories and concepts, the expenditure on virtual assets - like the virtual clothes, NFTs of sneakers, the real estate plots, might seem like a gamble.

To understand business in the metaverse, it is necessary to understand how the web evolved. The web evolution could be segregated into what the pros call- Web 1.0, Web 2.0 and Web 3.0.

Web 1.0 was the era when the internet was just made accessible to the common people. The websites would load slow, the user was only able to read the information provided by the content creator, and there was no way they could communicate back. These websites were static, coded in the basic HTML.
Then came, Web 2.0 The Facebook, Youtube, Twitter - we use today are Web 2.0 applications. They are coded in CSS, Javascript and allow the users to interact, rest we all know what ‘else’ they are capable of.

Web 3.0 is our area of interest today. Apple’s Siri, and Google Cloud API are examples of this. These are based on machine learning, artificial intelligence and blockchain technology. The type which could curate the content according to the user. The type which would start showing suggestions from e-commerce websites based on words picked up from the users. The start of the crypto revolution, the NFTs, the metaverse - the new age.

To enter this new age, there must be things that facilitate us, businesses that sustain our life in ‘the other world’.

As in the near future, most of the people would be spending their time online - in the metaverse, brands need a new way of advertising their products, to make them visible, to not lose presence. All of them would gradually shift to advertising in the virtual world.

Since ‘the avatars’ are going to be kind of a big deal in the metaverse, the next business opportunity lies in it. We have already established that people are willing to pay a good sum of money to look good, be it in the physical world or the virtual. A whole new opportunity will be at the foot of the fashion industry. They would be able to design outfits and whatnot not for the avatars. What's more amazing is the fact that they will be able to sell them as NFTs, at prices they would never get for their physical clothes.

Sponsorship of Events and Concerts

Next, is the sponsorship of events and concerts. What Justin Bieber did in November 2020, Travis Scott had already done in April, and that too themed-in with Fortnite’s games. So did Ariana Grande, and so did Lil Nas X. Minecraft has also been hosting VR events similarly. The expansion of the hosting of events is immense and with no negatives against it. A couple even got married in the metaverse recently.

Although Covid created the circumstance where the whole of the working population had to start working from home, this will be taken to the next level when people start working in the metaverse. People would be able to sit in meetings, walk through the office doors, and do everything they do in the office, except they will be doing all of this while sitting at home. A home setup would be required for this. Naturally, the hardware and software providing services will see a boom.

The gaming industry is over $180 billion. While Minecraft and Fortnite are already at it, other gaming series are on their way to adapt to these new-world changes. Games like Dungeons and Dragons and the Second Life are already established names in this VR category.

Remember, when we used normal texting, instead of Whatsapp? Whatsapp made our life so much easier, since we could know if the message was delivered or not, if the receiver has read it or not, unlike the default messaging app. But still, the shift was reluctant, if not unwarranted.

In this ever-evolving world, one thing that definitely won’t change is the human behaviour. But at the same time, it is the only thing that drives all other changes. Whether this human behaviour navigates us to a new era or brings the end of the current one is still a question. 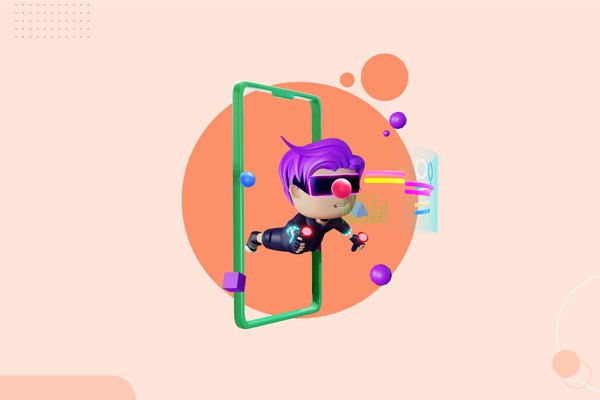 How to enter the Metaverse? Is Metaverse bringing the 'End of Humanity'?