What do we talk about when we talk about black money and money laundering? Well, in India, it has to start with Vijay Mallya, Kingfisher and then gradually move on to Nirav Modi and his uncle, Mehul Choksi. “With all the kaala dhan they must have stashed in the Swiss Banks, at least 3 of their generations wouldn't have to do any labour!” - being the hackneyed dialogue.

Why was it so unfair of Mallya to run away to the UK after he owed thousands of crores of money to the banks? How did Nirav Modi and Choksi manage to get so many fake Letters of Undertakings!

When we talk about these things, do we really know what we are talking about?

Let us learn today, what exactly is black money and why is it laundered.

What is Black Money?

Black money is the revenue that is generated from activities that are either illegal or can include legal activities, tax on which has not been paid to the respective authorities. The transactions are mostly done through cash. The money is kept out of the banks to avoid record keeping.

The money that the owner holds is thus, not legitimate, and is considered illegal to transact with it. The process through which this black money is converted to ‘white’ or legitimate money is called money laundering. The reason why it is not good for any economy is that the tax on that huge chunk of money has not been paid and the money gets back into the system and the huge inflow of money may lead to uncontrolled consumption and thus, inflation.

On the evening of 2016, when the Prime Minister announced the demonetization of notes, the whole country was shaken. But for the ones with a huge stash of black wealth, it felt like they were electrocuted. The famous/infamous demonetization was done to stop people who found a leeway to recycle their black wealth.

How does Black Money work?

Suppose I run a grocery store. Of all the transactions that take place, people either pay by cash or online. I provide receipts for all payments done online, and for the ones done in cash, I don’t. The reason why I do this is so that I can show those online transactions in my tax filing and save taxes on the unrecorded cash sales.

Sources of Black Money in India

These are the major sources and ways in which black money is earned: Why is it difficult to quantify Black Money?

How is the government supposed to quantify the one thing that people are intentionally and actively trying to hide from it?

The whole concept that black money is the money that is unaccounted for makes it impossible for the government to identify the exact amount of black money that is in the economy and how much of it is converted into white.

The sectors that have the highest contribution to adding black money in India are- real estate, mining, bullion and commodity market, and pharma.

Effects of Black Money on the Economy

There are some severe consequences of increasing black money in India. Some of them include-

The bad reputation that black money has got very properly justifies it. The severe consequences of it on the economy of a country and on the people living in it demands that black money be curbed.

Although the government has tried bringing in various reforms and policies to curb it, people still find a leeway and that distances the goal even more. 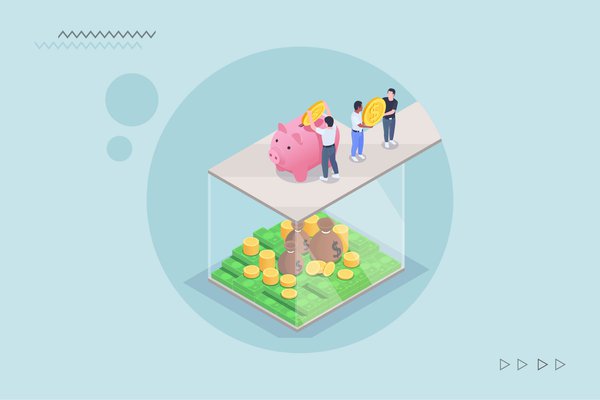