Guess what! The Scam is Back! After Scam 1992 broke all the records in the history of OTT platforms, the makers are back with another web series, called The Scam 2003. It is being dubbed as the 2nd season of the 'Scam' series, based on the life of Abdul Karim Telgi, the Mastermind behind the 2003 Stamp Paper Scam.

If you are feeling the FOMO, don't worry. We have got you covered. In this article, let's have a glimpse at his life and the scam which shook the entire country in 2003.

Telgi Scam - Get to know the Mastermind

Born in Karnataka in 1961, Abdul Karim Telgi was a fruit seller in his childhood. His father was an employee in the railways but died when Abdul was young. After his father's death, Abdul, with his brothers, picked fruits and sold them to passengers boarding at Khanapur Railway Station. After his schooling, he graduated in Commerce and got his first job as a Sales Executive in Mumbai.

When he lost this job, he worked as a manager in a guest house at Colaba. With high ambitions in his mind, he decided to leave India and got a job in Saudi Arabia. However, he lost his job and returned to Mumbai a few years later.

He started working as a travel agent in Mumbai and also opened a new company. But they resorted to illegal activities such as forged documents for immigration of labour to Gulf countries. He was arrested by Mumbai police. Usually, people transform after spending time in jail. But it was the opposite in his case.

In jail, he met Ratan Soni, a stock market dealer, who joined hands with him. And told him about the golden hen called stamp-paper office. After obtaining a stamp paper license and the required machinery, he became the mastermind of the scam. He also became addicted to the 'typical rich' lifestyle!

In 1994, Telgi and Soni started counterfeiting stamp paper. He mixed the forged papers with the original ones and earned massive profits by selling them. He did not stop there. From the money minted from this business, he also opened various additional businesses to further increase his earnings.

But the next year wasn't pleasant for him. In 1995, their partnership broke, which was the start of Telgi's troubles. His license was cancelled by Mumbai Police. But he didn't lose hope. And started his own press at Mint Road in Mumbai. He also got some of the so-called 'obsolete machines' for his press. After some time, his business expanded. And he hired agents to sell fake stamps and stamp papers. It was even used in the registration of property.

His business was valued in crores. The scam amount was Rs 20,000 crores, which is more than the value of the PNB Scam and Harshad Mehta Scam combined! The first step towards the scam's revelation was the arrest of two agents dealing in fake stamp papers in 2000. Telgi was taken into police custody in Ajmer in November 2001. The case was investigated by the CBI. The investigations reported that the former fruit-seller was an owner of 36 properties in different cities. He also had more than 120 Bank accounts!

After 6 years, the decision was out. He was sentenced to an imprisonment of 30 years while he was 45 years old. Maybe the court was optimistic that he would live up to 75 years in prison ;-) But they were wrong! He was declared HIV positive in 2002.

It took him three years to blame the big players for his ailing condition. He also said that he was denied treatment for his ailments. Probably he didn't know that there was no treatment for HIV. The chapter was closed in October 2017, when he died at the age of 56.

Even though Telgi died in 2017, he will reincarnate in our minds through Scam 2003, which will stream on Sony LIV.

Based on Reporter Ki Diary by Sanjay Singh, Scam 2003 will feature the 2003 Stamp Paper Scam. Here, Telgi will act as both the 'protagonist and the antagonist.' Yes, you guessed it right! This comes straight from the makers of Scam 1992, Applause Entertainment. And under the direction of the same award-winning director Hansal Mehta.

Some people are also referring to it as Season 2 of Scam 1992. Considering the above factors and the storyline, it may become as successful as Scam 1992. Maybe Scam 2003 can even break their record! Let's leave that to the release. But you will have to wait over a year, as the release is scheduled for 2022. And the final date has not been confirmed yet.

In 2020, a web series named Paper was released on Ullu based on the same story, but it couldn't garner much attention. Let's see what happens this time around.

Abdul Telgi went from a fruit-seller to the Mastermind of this 20000-crore scam. After struggling by being the nice guy, he turned to illegal activities to live a lavish life.

The scam involved selling fake stamp papers used for various purposes. Telgi faced some difficulties but overcame them and became a millionaire. The year 2000 was the beginning of his end. He was arrested in 2001 and was sentenced to imprisonment in 2007. But he suffered from many ailments and died before completing his sentence in 2017.

A web series based on this scam will be released on Sony LIV in 2022, directed by Hansal Mehta. So, put on your seatbelts and prepare yourself for a thrilling journey.

So, are you joining in for this movie? Tell us in the comments below. 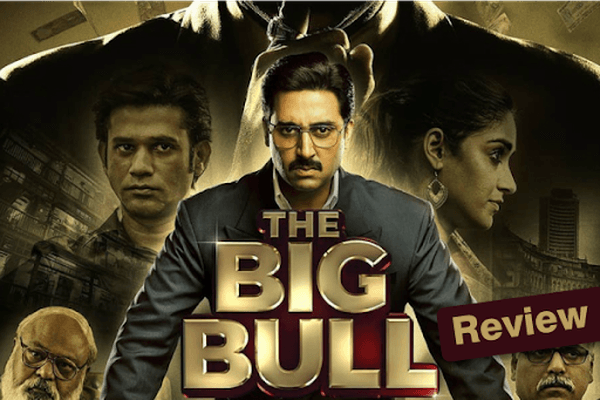