Insider   >   Invest   >  How to Protect Yourself From Ponzi Scheme?
Invest

How to Protect Yourself From Ponzi Scheme? 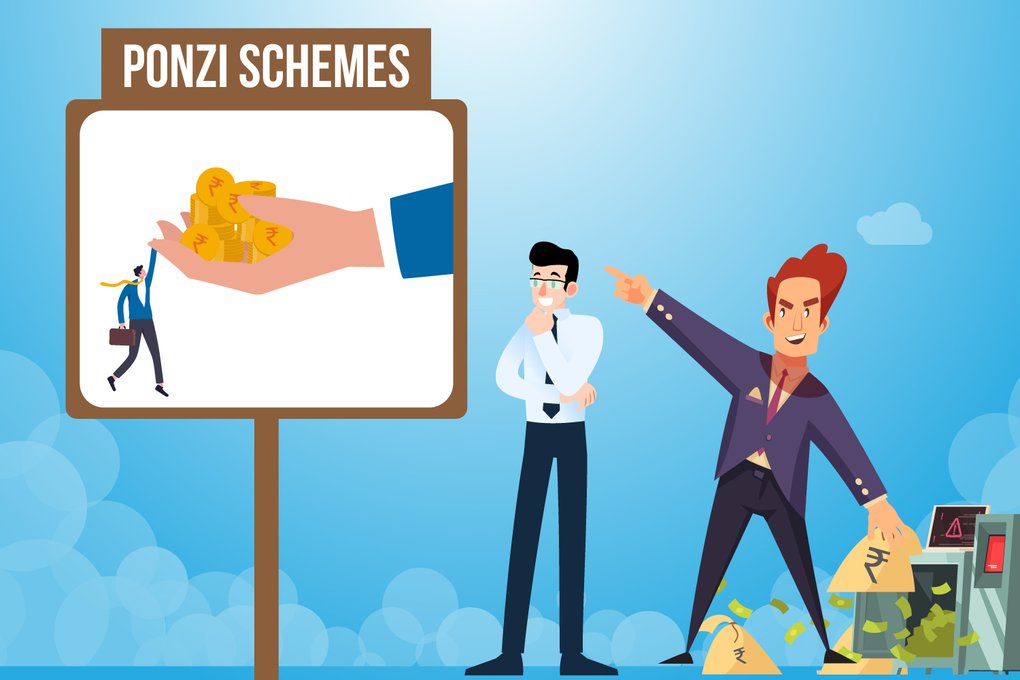 Many of us must have come across the names of Rose Valley Group and the Saradha Group when reading an article in the newspaper or maybe heard about these organizations while watching television or during a conversation. However, when these names are mentioned, they are usually associated with the words' Ponzi schemes' and 'scam'. We all probably know what scam means, but many of us may not have understood what the word Ponzi scheme means and why these companies are associated with this word. So, the first question that needs to be answered is, what exactly is a Ponzi scheme, and how does it work?

What is a Ponzi scheme and how does it work?

A Ponzi scheme is an investment scam or a fraud that lures investors to promise high returns with a minimal amount of risk. The operator of the scheme starts by collecting a huge pool of money from the initial investors and pays them their returns from money collected from subsequent investors rather than from any profits earned.

The main idea behind such a scheme is to keep getting more investors to invest their money into the scheme and to keep the cash flow moving. So, the operators of such scams pour quite a lot of their resources into attracting new investors because the scheme would essentially fail if the cash flow stops coming. This is called a fraud because the operators dupe the investors as they have no actual intention of investing the money anywhere or returning the money to the investors.

To get a better understanding of how a Ponzi scheme works, we can look at a hypothetical scenario. In this scenario, we look at Sam, who is the operator of this scheme. He gets a few people to invest their money in his scheme. At the end of a month, the investors get very good returns, which are better than the market's returns. These investors now tell about his scheme to their family and friends and suggest them to invest as well.

Similarly, these investors tell about it to others, and so the cash flow keeps coming. However, Sam does not pay these investors from profits earned, but he pays them from the money invested by the subsequent investors. At a later stage, the operator simply sends a statement to the investors instead of paying them back and also tries to minimize the number of withdrawals made by them. This keeps on going till some investors stop investing more, and the cash flow stops, and that is when the scheme collapses. Then either the investors start cashing out their money, or the operator runs off with the money.

The Ponzi scheme is named after Charles Ponzi, who became infamous in the U.S. and all over the world for his scam even though he was not the one who came up with this scheme. His initial scheme was not an illegal one and was based on the process of arbitrage of international reply coupons for postage stamps. However, it was a later scheme that was illegal, and that led to it being named after him.

Ponzi scheme vs the Pyramid scheme

Ponzi and Pyramid schemes are two very similar schemes, which is probably why they are often confused. Both these schemes are based on the same characteristics and have the same goal: cheating investors by offering them very high returns in exchange for their money. Both of them continue to work until there is monetary inflow into the scheme. However, there are certain fundamental characteristics in both the schemes that differentiate them.

Ponzi schemes are presented as investment management services where participants are made to believe that the return, they receive is a result of legitimate investments. Here the participants are not required to recruit any new members to receive payments. This type is based on the 'robbing Peter to pay Paul' principal, and often the initial investors are the ones who keep reinvesting, which makes this scheme last longer.

On the other hand, pyramid schemes are based on the network marketing concept, and it requires the participants to recruit new participants or members to get paid. So these participants also become a part of the system, and each of them takes a fee or commission from the new participant before forwarding it to the top of the pyramid structure. In such a scheme, no actual product or service is being offered, and it is run by the money that is generated by recruiting new members. They also tend to collapse faster because there is a growing need to get more new members to join.

How can we protect ourselves from such schemes?

Certain red flags can be looked at or certain cautious measures that an investor can take to protect themselves from such scams. Some of them are:

Some popular Ponzi schemes in India

Saradha scam- This is probably the most famous Ponzi scheme of India. It was a huge financial fraud, and it involved a political scandal as well. This scheme was run by the Saradha Group, which had around 200 private companies under it. This multi-crore scam was launched by Sudipto Sen, who was the chairman and the managing director of the company. The scheme promised high returns to the investors and quickly collected huge sums of money by collecting the money as a part of chit funds. This scheme was mainly operating In West Bengal and soon spread to the neighboring states of Assam, Odisha, and Tripura as well. Many high-profile personalities were also involved in this case, and that is why this fraud came up in the news so much.

IMA Scam- This is a Ponzi scheme that was started in Karnataka by Mohammed Mansoor Khan, and it finally unravelled in 2019. The company, which was known as the Monetary Advisory Group, lured gullible investors with the promise of very high returns to the rate of 36 to 64 % of investments. The scheme tried to attract middle-class Muslims by pitching their investment scheme to align with Sharia principles of Islam. The total losses to all investors by all the companies that were operating under this scam has been estimated to be around 5000 crore rupees.