India has been witnessing a gradual rise in the startup culture for a decade. This startup culture has made India the third largest startup ecosystem in the world, after the U.S. and U.K.

Many a time, the brains behind these startups are either young graduates from schools and colleges or someone who left their corporate job to pursue their dream. Whoever it may be, funding a startup is a difficult task. Many people try to fund their ideas themselves, while others look at external Funding to get their needs satisfied.

In the Indian market, acquiring funds for a startup can be done with the help of a funding process which involves different stages of startup funding.

What are the different stages of Startup Funding?

In the past, Funding for startups mainly involved borrowing from friends and family or maybe investing some of the business owner's own money.

However, the concept of Funding for startups has evolved and changed a lot since then. Now, there are various different sources for getting the required Funding, and there are also a lot of stages and steps involved in acquiring this Funding. These startup funding stages are:

This is the first step in the funding process and is also commonly known as the bootstrapping stage. This stage mainly involves the startup owners using their own money or maybe borrowing from their friends and family members.

This stage of Funding is for the initial phases of the business when the startup has probably not even begun its operations. It is just in the market testing stage when the idea and its feasibility are being tested. The costs would include funds for building the prototype and constructing a plan for the product launch and developing ideas for various marketing and sales activities.

This initial phase of seed Funding is so early that it is sometimes not even considered as an initial grant phase.

During this phase of a startup, owners may need to stay on the job longer than necessary or find a second line of work so they can put their extra pay on their new startup. They usually work with a very small team at this point of time.

After the pre-sowing phase, it is an ideal opportunity to actually plant the seed. The first of the stages of startup grants is "Seed Funding". Almost 29% of new companies run out of capital while starting the bootstrap, which makes the basic starting capital for starting and operating a business.

You can consider the seed Funding stage as similar to planting a tree. In a perfect world, the underlying Funding is the "seed" that allows any startup to thrive. The moment you provide adequate water, for example, a profitable commercial procedure, close to the devotion of the business visionary, the startup will end up becoming a "tree".

In this stage, the startup is still in the preliminary phase. It may be valued at anywhere around $3-$6 million and may aim at raising funds to the tune of around $2-$3 million. Money in this stage is mainly collected from friends, families, angel investors and even crowdfunding.

In the seed funding phase, the owners try to raise funds in order to conduct market research so as to know their target customers' tastes and preferences. Also, this is the stage where the product is actually launched, and the product is developed with the aim of releasing it in the market.

Here, the owners really try building traction so that there is a constant flow of revenue; otherwise, the startup may have to fold.

Most of the startups consider this startup funding stage regardless of how their business is doing. This source of raising funds involves multiple rounds of Funding or a series that is followed. This includes Series A, B, C and D. In each round the startup raises a higher value and increases their valuation as well.

This is the first round of Funding that takes place in the venture capital stage. At this point, the startup should have a product or service created and have a set customer base with a reliable income stream.

The funds raised should be expected to be used to gain revenues. This is a perfect open door that allows new companies to scale in various markets.

The funds raised may be up to an amount of $15 million. The startup in this stage may be valued anywhere in between $10-$30 million. Funding in this stage comes from venture capital firms, angel investors and even through equity crowdfunding. In this round, the Funding is usually done by one large investor, after which the other investors follow.

In the Series A grant round, it is crucial to have an agreement that creates long-term benefits. This is a very important step as many businesses fail to secure a series A funding even after having secured Funding in the seed stage. According to a report, only about 46% of companies go ahead with the next round after seed funding.

This startup finding stage is the expansion stage of the business, where it is not just the product or the service being expanded, but also involves the expansion of the customer base, employees and management team of the company.

Speculators help new companies to broaden their points of view; funding their market to carry out exercises, expanding their share of the sector in general, structuring operational groups, for example, advertising, business improvement and winning customers.

The Funding stage of agreement B allows new businesses to develop with the objective of meeting the different needs of its customers and, in addition, to compete in markets close to rivalry.

New businesses that reach stage C must be on the development path. These new companies are looking for more investments that can help them create new products, reach new markets and even ensure that others do not meet the expectations of comparable new business deals. They might even look at acquiring other new under-performing startups.

Investors in this stage know that the company is performing well, and the chances of it failing as a business is less. Due to less risk involved, many investment banks, hedge funds and private equity firms show up in this stage. The startup gets valued at a high amount of $100-$120 million, and the approximate value of funds raised are approximately $50 million.

After this stage, the companies have three alternatives- either go for round D of Funding, start preparing for an IPO or not raise funds after this at all. For many companies round, C is the last stage of Funding.

Very few companies discover the need to go to this stage and those companies that do select to go through this stage, mainly do so because of two reasons.

Another reason for the company to go for this stage of Funding could be because they have not met the expectations that were laid out. This is a negative reason and is also known as the 'downround'.

It becomes quite difficult to emerge out of this as the company's stocks get devalued, and it is not easy to get Funding in the next stage.

IPO or Initial Public Offering is the first time that the company decides to offer corporate shares to the public. This is the last stage of the startup funding stages and helps the startup in growing and diversifying themselves.

IPOs, however, can be risky because the public is not aware of how the shares might trade in the market. On the other hand, though, the company might even perform really well, and in that case, even the investors would be able to gain a lot.

The different stages of startup funding in India allow entrepreneurs to scale their startup at any stage of their entrepreneurial journey.

This sizing practice allows them to recognize where their startup is placed and which potential financial experts would put resources into their business to help them grow and develop.

Countless startup owners resign after opening up to the world so one should also keep in mind that in order to obtain Funding, new companies must grow large enough to meet all the requirements for a specific grant round. One can distinguish where their startup remains by total assets and then decide accordingly.

The various startup funding stages are the steps to take an entrepreneurial journey up to the limitless market skies if only, the entrepreneurs choose carefully. 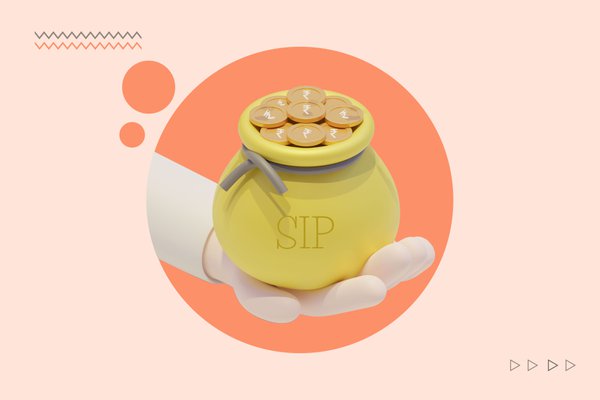