Insider   >   Startups   >  E pharmacy: will it change the way we buy medicines?
Startups

E pharmacy: will it change the way we buy medicines? With lives getting busier, health often takes a back seat! Medicines, for instance, are oft-overlooked. And if technology can heal this wound, what stops you, eh?

Lifestyle diseases are plaguing India! These stem from the way we live and the things we consume. For instance, take the case of our chronic diabetic problem. We had 65 million diabetic people in 2015, which is expected to double in just twenty years! Every sixth diabetic person in the world is from India. Next to only China, India is arguably the ‘diabetes capital of the world’!

And the thing about such chronic diseases is that they require long-term medication, sometimes for a lifetime. But either people struggle to find the time & means to visit the chemist, or even if they do, it becomes frustrating when they don’t find the desired medicines. And that doesn’t bode well for India’s aging population!

Enter technology. What if you could order diabetes tablets and get them timely refilled from the comfort of your home? yeah? Well, that’s exactly where e-Pharmacy comes into the picture.

See guys, we won’t throw its orthodox definition at your face; instead, as we always do, let’s begin with a story and things will automatically start making sense to you. So, wait for what?

It’s 2014. Straight out of a B-school, Dharmil Sheth is giving his entrepreneurial itch a scratch at 91streets Media, a market platform for retailers. Graduating from another b-school, Dr. Dhaval Shah is pursuing his stint at McKinsey as a management consultant. Soon, both would cross paths.

They ponder over the inconvenient and unaccessible pharma sector of India. After long deliberation, they come up with a mission - patients suffering from chronic diseases should have easy and convenient access to medicines.

PharmEasy is born. (to make pharma easy, quite literally!) And what does it do, you ask? Well, simply put - Take it this way... what Zomato & Swiggy are for food, the likes of PharmEasy are for medicines. They’re all ‘aggregators’.

Well, it’s anything but easy! You see, the Indian pharma sector is still governed by an act from 1940, when, of course, there was no internet. Meaning, the policies were a bitter pill to swallow for e-pharma startups.

The laws require a separate license to distribute medicines in each state! This single provision was the reason why over six lakh medicine stores were mushrooming across India, creating a fragmented unorganized market! The license system meant a ‘barrier to entry’ for new players.

Implied, PharmEasy had to tie up with these offline vendor partners to spread its wings wide. Moreover, the sector would receive backlashes from thousands of offline chemists, whose business was being snatched away by tech.

However, e-pharma entrepreneurs would form an association and stick to their cause. After dragging its feet for a few years, the government finally agrees to some demands of these startups. Phew!

But the prescription bit was still a pain in the neck! Customers weren’t able to provide valid prescriptions, without which e-pharma companies can’t dispatch medicines. At one point, PharmEasy was losing as much as 45% of business due to this!

It started working on making customers aware, made prescriptions compulsory, and even went to the extreme of asking customers to upload a selfie with their prescription to combat the fake attempt problem! Oops.

Meanwhile, the sector was gaining traction. Sixty e-pharma startups would come up in a single year! Why you ask? According to a report by Frost & Sullivan, the e-pharmacy sector was poised to grow at a massive CAGR of 63% to reach ~ $3.7 Bn by 2022! What once accounted for less than 1% of total pharma sales in India was expected to capture over 15% in the next few years.

A vast underpenetrated market, ripe for disruption by technology. So why not give it a shot, eh? And PharmEasy left no stone unturned in availing of this opportunity. It innovated its offerings with dosage and diagnostic test reminders, medicine refill services, lab tests at home, etc.

Within a year of operation, more than one lakh customers were shopping on its app every 45 days! By 2018, it had already spread its wings to over 22,000 pin codes, partnering with more than 100 offline retailers.

Why burn the cash?

According to an estimate, an e-pharma startup would require about 20 repeat purchases from a customer to breakeven. So, the most challenging part would be to acquire a customer and become his habit.

Meaning, firms had to cough up all they could, for customer acquisition and retention, through advertisement, marketing, and deep discounts, even as lucrative as 70% off! That’s precisely why the business demanded high cash burn in the initial years.

And that would be the reason why despite its sales growing by over 200% in a year, PharmEasy’s losses almost doubled in 2018! The costs were weighing on its revenues due to (above-explained) negative unit economics. However, these tactics would bring in many lifetime value (LTV) customers for PharmEasy. For the company, they’re like a pension policy - ‘Pay-Once-Enjoy-Forever’ ;-)

Everyone wants a slice of the pie!

Fast forward a few years. New players are coming in. Consolidation is rife. PharmEasy would merge with its big rival Medlife to strengthen its hold in the southern markets. Reliance Retail would set foot in the industry by acquiring Netmeds. Amazon would foray into the sector with Amazon Pharmacy. Tata’s acquisition of 1mg is on the cards.

Come 2020, enter covid, and the e-pharma startups would witness 35% revenue growth along with a 3x times increase in user base in a single year. And they’re now stepping forward to vaccinate people as well (PharmEasy targets 30 mn, for instance).

Also, the E-pharmacy sector of India mints its first Unicorn in the celebrated funding mania of 2021. And that would be none other than PharmEasy (at a valuation of $1.5 Bn)! You see, India is home to more than 200 such startups today, and we can’t say for sure which one would be the cream of the e-pharma crop! But apparently, PharmEasy is well placed to be one of those big fishes.

Medicine costs amount to ~ 70% of all healthcare costs in India and are rarely reimbursed by insurance companies. As e-pharmacies eliminate the intermediaries’ commission (& all other offline store costs) and offer discounts, the affordability bit improves.

Add to it the loopholes in retail medicine outlets like selection unavailability, longer waiting time, limited opening hours, lack of information (like adverse effects), etc, and now you know why e-pharmacies flare well.

India’s healthcare infrastructure isn’t exactly robust. There is a huge urban-rural accessibility gap. Our doctor-to-patient ratio is 1:1456, one of the worst in the world! And the hospital beds’ tragedy is already evident now! With resources running short, a data-driven e-pharma model can teach people to self-medicate at home for mild diseases.

And it’s happening! You’d be surprised to note the highest worldwide searches for ‘buy medicines online’ -

With this increasing consumer demand, deepening insurance penetration, and a digital shift, along with growing investors’ interest (PE/VC funding has grown 10x in the last four years), there seems to be no looking back for the e-Pharmacy sector of India.

The basic premise of the pharma sector is a single-letter word: ‘trust’. People are accustomed to their ‘family doctors’, and it’s really tough to make them switch. Especially chronic disease patients, who are generally older, are skeptical in trusting a newbie online chemist.

And it takes time to build that reliability in e-pharma (unlike other e-commerce products), sometimes as much as 5-10 years! Staying afloat this long while burning cash could be a tough nut to crack for many e-pharma startups! Because although the sector is receiving good funding, the pace has been slow (in contrast to edTech).

Unlike food aggregators like Zomato & Swiggy, e-pharmacies don’t have much of a network advantage, and they also need technical talent for operations! In addition to this, the problem of the language barrier (for rural consultation), geographical coverage, high competition and regulatory uncertainty makes the sector dicey!

The next big thing for this industry would be to cater to patients suffering from acute diseases (like influenza, sore throat, a broken bone, etc.), i.e. who require medication immediately, say in the next 30 minutes or so.

With more offline partnerships and hyperlocal delivery mechanisms (where progress is already being made), the day is not far when Neosporin for minor cuts to Aspirin for fever would be just a few clicks away!

And with more than 60 million eHealth-ready addressable households, there is a huge appetite for the e-Pharmacy sector in India. Be it for the patients or the troubled industry, e-pharmacy is the cure for India’s sick.

Anyway, what’s your take? Will e-pharmacy change the way we buy medicines? Do let us know in the comments below. 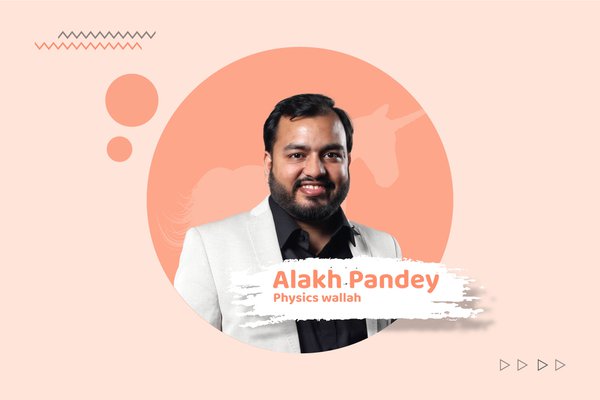 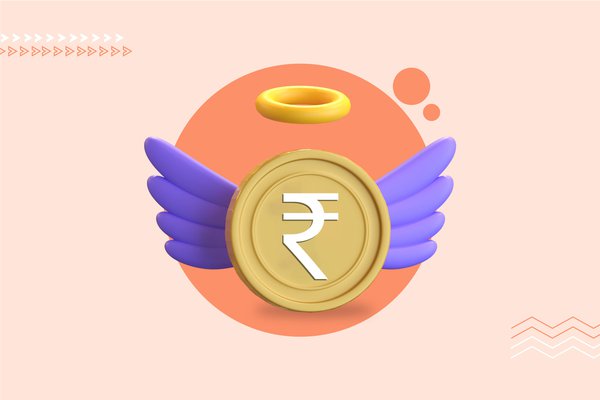 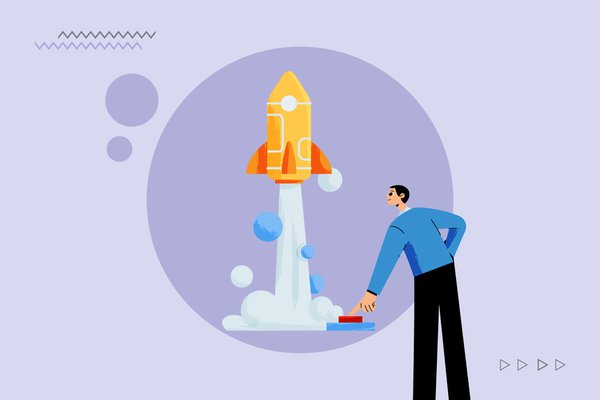