Startups have taken the world by storm, and the Indian startup scenario is no less. It has been achieving an impressive year on year growth, and there seems to be no stopping anytime soon. So, let us take a look at what the Indian Startup ecosystem really looks like, where we'll also get an insight into what the various startup sectors in India are.

In 2014, there were approximately 29,000 startups in India. However, these numbers slowly and gradually started rising. This number reached around 55,000 in 2020. Every day around 3-5 startups, new startups are born. In order to analyze the ecosystem that exists in India, we can first look at the different industries in which these startups exist.

With the importance and encouragement given to digitalization and the Government’s campaign of Digital India, the startup trend saw a  significant rise in the technology sector. In 2019, the number of tech startups in India grew to from 8900 to 9300 with around 1300 startups being added in the year 2019 itself.

While sectors like e-commerce have become mature and seen a lot of growth, industries like Fintech, Edtech and Healthtech have really been in the limelight recently. Let’s take a look at some of these industries in detail.

With the advent of technology, finance has grown from what it used to be traditional. Now, technology is very much integrated in it, and it is growing rapidly. Robo Advisory, Insurtech Digital Payments, etc. are all developing.

This is definitely one of the up and coming sectors in the ecosystem of startups in India. It is still in the beginning phase, but there is a lot of growth potential. With India moving towards a cashless economy and digital payments gaining trend, Fintech is a booming industry.

Also, India is one of the fastest-growing fintech markets in the world with its adoption rate being ranked the highest, along with China.

A good example of a company from this sector in India is,

Paytm, which was founded in 2010, by Vijay Shekhar Sharma. The company started off as a prepaid mobile platform and a recharge platform. It created the Paytm Wallet for enabling digital payments and also started e-commerce services on its website and mobile application. Recently, it also started stockbroking services. Paytm is also a Unicorn, currently valued at about $10 billion. It also has a lot of investment from foreign investors which include Alibaba Group, Softbank, etc.

This sector is also growing very rapidly, especially now during the coronavirus. Schools and colleges have not been able to function properly, and many had to go online and embrace the world of tech with the virtual mode. Due to this, the demand for online modes of learning has also grown tremendously.

Further now, with the New Education Policy that has been introduced recently, more emphasis will be given to technology-driven education systems, with an introduction to coding as well.

In the Edtech sector, one startup that has been doing really well is,

BYJU’S, which has enjoyed a significant growth potential in the past few years. The lockdown attracted a lot of new customers to their website. During April, the company earned a revenue of around Rs. 350 crore. Recently, taking advantage of the New Education policy, Byju’s also acquired another ed-tech company called WhiteHat Jr. which provides coding classes to school students.

This clearly shows how there is so much scope for growth in the education sector and how technology can play a key role in the coming years and how new startups can leverage it.

After IndiaStack, the next goal is the National Health Stack, which aims to do the same job as IndiaStack and transform the way data storage works. This might help build the infrastructure in the health care sector. The APIs for the National Health Stack also recently began with its testing phase. If it works out well, then it might be a step in the right direction, which will help make the hopes of health tech a reality. However, for that, it must be safe and reliable for its users.

In the midst of the Coronavirus Pandemic, India has been struggling in this war. However, in order to fight this situation, Niti Aayog has even approached startups to come up with new innovations that can boost the healthcare infrastructure of our country and also result in solutions like telemedicine, conference solutions, etc.

Healthplix is a startup that provides software for clinical purposes to doctors. It provides the service of Electronic Medical Record software (EMR) to doctors and also provides them with the service of Clinical Decision Support (CDS) and enables the doctors to generate e-prescriptions within seconds. Recently, the startup was able to raise funds to the tune of $6 million, which brings its total funding amount to around $10 million.

With India being a startup hub, it is also important to identify the major areas or cities, which have seen tremendous growth in startups. Seeing the geography of India, it can be seen that most of the startups operate in Tier-1 cities.

The top 3 cities for startups in India are Bangalore, Mumbai and NCR, which account for over 65% of the total startups that operate in India. It is also important to know the reasons why these cities are so popular among startup owners.

The major hub for startups in India is Bangalore that holds around 27% of the total number of startups in India. The reason for this is a large number of multinational corporations and IT industries that have opened up in this city. This makes it a city which has a high corporate culture, and for this reason, it is really conducive for the growth of startups as accessing resources and raising funds becomes easier.

Delhi/NCR and Mumbai are also growing in terms of the number of startups. Delhi/NCR accounts for 24% of the total startups in India, while Mumbai accounts for 17%. Mumbai is also the finance capital of India, so it houses a lot of fintech startups, and Delhi/NCR also has many startups. However, some believe that Delhi and the area around is not that safe for women in general, and that is why the flexibility is less.

The ecosystem for startups is also developing in the Tier 2 cities. Cities like Pune, Hyderabad, Kolkata and Ahmedabad are considered to be the emerging cities for startups. Even Kerala, Chandigarh and Jaipur are emerging as startup hubs.

India is well on its way to achieving some great heights in the startup ecosystem. We may think that the pandemic may impact the growth of startups, but this has also led to a huge demand for various other services under different startup sectors in India, like ed tech and health tech.

Other than that during the lockdown, many people had really started focusing on their health and fitness, which has also led to the growth of some innovative startups relating to mindfulness and fitness. Looking at these positive impacts, we can say that the growth of the startup ecosystem in India will not be deterred. 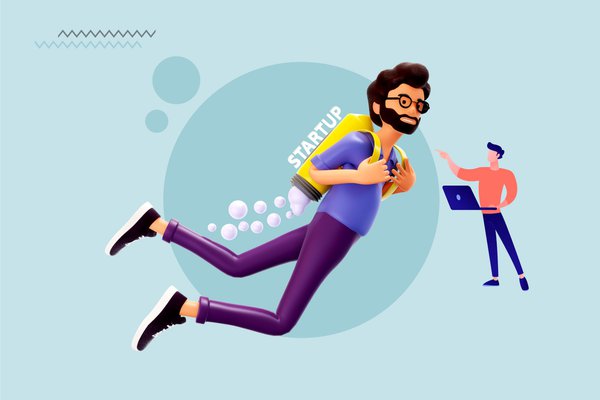