Insider   >   Stock Market   >  How to save your investment before Delisting of Shares?
Stock Market

How to save your investment before Delisting of Shares? “Meri ball, mere rules! Yahan ball wapas nahi milti, ye colony main nahi khelenge!” We’ve either been this kid or played with this kid and to be honest, it’s a fair demand.
If the environment is not too friendly, sometimes it’s best to just pick up your belongings and set up shop in familiar “grounds”.

With companies, sometimes staying listed in the stock market is more of a chore than a benefit, that is when they decide that it’s best to turn to private funding. We’ve often heard market experts and news outlets talk a lot about certain companies “Delisting”. Ab ye delisting kis chidiya ka naam hai? Worry not, read on to find out.

What is delisting of shares?

Have you heard of the listing of the companies? This means when the company launches its IPO and then its shares become tradable on the stock market. In simple words, it means going from private to public.

And now as the term states, when the listed companies’ shares are no longer available for trading on these stock exchanges, it is known as delisting. After this, the company’s shares will not be traded on the stock exchanges which means as an investor one cannot buy or sell these shares. Though these shares can be traded in the over-the-counter market.

Why do companies Delist?

The companies might delist to save themselves from the scrutiny of stock exchanges, to avoid incurring the cost for complying with disclosure requirements or possibly due to high stock maintenance cost on the exchanges.

The companies which are not able to take benefit of listing may also plan to delist themselves to save the cost. Sometimes when the companies have a cheaper option to raise money or have high leverage, they also tend to delist. Sometimes industry pressure to pay dividends might be the reason the company wants to delist itself.

In short, we could say that, when the benefits of being a public firm either do not exist or are outweighed by the expenses of being public, companies deliberately choose to delist. As a result, it is just more cost-effective to not be a public firm at all.

Another reason why a company wants to delist is when the promoters want to increase their holdings and they have the chance to buy back shares at discounted prices compared to the fair market value. Though this reason is not explicitly mentioned anywhere.

This method is usually chosen to increase promoters’ control in the company. Formulating strategies and taking decisions usually take a long time due to approval from shareholders and the board of directors.

Majorly there are two types of delisting, one is voluntary and another one is compulsory.

Compulsory is the one when the stock exchange delists the company due to non-compliance with the requirements and non-disclosure of the required information. It is also known as non-voluntary delisting.

Usually, when the listed company reaches the liquidation stage, they will also get compulsorily delisted. Nonpayment of necessary fees may result in the company's involuntary delisting. Unscrupulous acts by a business's promoters, unfair trade practices, bankruptcy, and other factors can all lead to a company being compelled to delist from stock markets.

To put things in perspective, Kingfisher Airlines was forced to delist due to its bankruptcy.

While Voluntary is when the company decides to delist its shares may be because of high cost or various other financial and economic considerations. Below is the data on various delistings from NSE from 2016-2020. The company can delist only with the approval of the board. This board usually includes the promoters and the independent directors. Furthermore, the company has to decide the floor price for delisting.

The floor price is the minimum price at which the company’s shares can be delisted.  After deciding the floor price, shareholders’ approval needs to be taken. Only if at least 67% of the shareholders agree to delist the shares of the company, then the process will go further.

Talking about the famous delisting saga, we could think of the story of Anil Agarwal, the founder of Vedanta, a metals and commodities mining company.
Around 2010, global commodity prices were at an all-time high, and Vedanta's stock price was at an all-time high, owing to the end product that Vedanta was selling – metals – quoting at attractive rates in the global market. For Vedanta, that meant huge profit margins.

Then, in the midst of the trade war between China and the United States, came the commodity market sell-off. COVID-19 added to their troubles, causing Vedanta's stock price to plummet to 10-year lows.

While Vedanta's shareholders may have suffered as a result of the steep drop in the stock price, it provided an opportunity for the company's promoters to buy back shares at extremely low prices – especially given the commodity market outlook for the future, which is expected to improve as global demand and trade pick up. That is why Vedanta and many other companies prefer to delist from the stock exchange when their stocks have reached low levels due to market overreactions.

Welspun Global brands got delisted after they amalgamated with Welspun India limited. When JSW Ispat Steel got merged with JSW Steel, it also got delisted from the stock exchanges. Mangalam ventures was involved in voluntary delisting by the delisting of equity shares.

Ways to save your investment before Delisting

Delisting can come as a shock to the investor that isn’t prepared. A company that is about to voluntarily delist or on the verge of being compulsorily delisted can be identified in the following ways:

If as an investor, you come to know that the company you have invested in is planning to delist itself from the stock exchange, it will be wiser to sell the shares early as it might be possible that at a later stage, you might have to sell your shares at a discounted level.

Usually, in case of involuntary or compulsory delisting, the company’s value decreases leading to a lower share price and if the company declares itself bankrupt, there are high chances you may lose your whole investment in that company.

Compulsory delisting might arise due to a company failing to operate optimally causing delisting to look like a bad light to be cast under. It is, however, a strategically beneficial decision that helps companies under different circumstances.

Every coin has 2 sides though...

From an investor’s perspective however, a company delisting means an uncontrolled change in their shareholding in the company, and is a phenomenon to look out for and take appropriate actions at the correct time.

If you found this post informative, do let us know in the comments below and share with your peers as well. 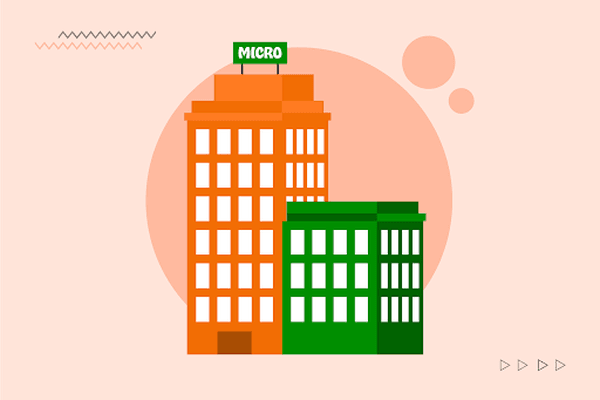 What is SGX Nifty and it's impacts on Indian Stock Market?