Raamdeo Agrawal: How Discipline can bring you Success If you have been trading securities in India for quite a while; you might have heard the name "Raamdeo Agrawal" someplace on finance related sites or news channels. Mr Raamdeo Agrawal is one of the most prominent names in the Indian investment scene. His effect, the so-called virtuoso, was with a definitive objective that he is such a sensible investor'.

In addition, Raamdeo Agrawal is most commonly known for helping to set up the Motilal Oswal Financial Services, and his family now owns about 36% of the company's stakes. As of 2018, Mr Raamdeo Agrawal had total assets of $1 billion, as indicated by Forbes.

Today, we see Ramdeo Agrawal's journey into his own life and into the world of speculation in search of the flash that threw him into this status he has today. We will focus mainly on Raamdeo Agarwal's Success Story in the Indian stock market industry.

Raamdeo Agrawal was born and raised in Raipur, Chhattisgarh. Being the child of a farmer, he says that the only investment strategy his father knew was saving and investing in his kids and their future. Raamdeo Agrawal moved to Mumbai to finish his higher degrees.

Agrawal pursued chartered accountancy in Mumbai and started his profession as a sub-broker in 1987. He managed to become a stockbroker by 1990 and also began investing for himself in the stock market.

It was in Mumbai where he met his partner and closest colleague Motilal Oswal. Their paths crossed while living in a similar hostel. Oswal portrayed Agrawal as an exceptional scholar, eager for the organization's reports and balance sheet records.

Raamdeo Agrawal co-founded Motilal Oswal Financial Services with Motilal Oswal, and today, his family possesses about 36% of the organization.

In 1986, he co-authored the book Corporate Numbers Game, alongside Ram K Piparaiya.

Ramdeo Agrawal attributes his success towards his disciplined approach towards investing. Following are some of the key strategies he strongly vouches for:

Raamdeo Agrawal affirms that the more you stand by, the better will be the outcome. He once said that he began in 1987 without anything, yet by 1990, he had acquired a crore.

Motilal Oswal was in terrible shape during the early stages. However, not long after the Harshad Mehta trick, within a year and a half, they made 30 crores.

Agrawal says that one can't foresee the market and there is an enormous requirement for tolerance and confidence. According to him, persistence and long term investments can help achieve a larger number of profits.

Invest in what you understand

Prior to contributing, it is consistently crucial to comprehend the business you are wishing to put your resources into. Do your research and analysis to feel satisfied about the business. Understanding the different risks involved and recognizing a system that functions in accordance with you is the thing that can make a venture fruitful.

Raamdeo Agrawal says to consistently invest for as long as possible. He says, "You should always invest when you have excess funds, and sell when you have a desperate requirement for funds."

Market instability can create an issue here and there for an investor. That is the reason it gets critical to purchase stocks at a sensible cost and sell when necessary. Long term investment can assist the investor in withstanding the short term volatility and other nonsensical human responses to the securities exchange. The stock market is constantly influenced by how financial specialists respond to a given circumstance.

Here are some of the most appreciated and beneficial historical speculations made by Raamdeo Agrawal in the early stages of his profession:

Raamdeo Agrawal suggests that for an investor's own motivation, they should put the resources within a limit of 15 stocks. According to him, 15 stocks are excessive. He would rather recommend 4-5 stocks. Investing in different stocks gives investors the benefits of diversification.

However, of the total benefits of the investment, around 90-92% of the benefits are claimed by the time the portfolio reaches 15. The benefits are slim after this.

An investor who wants to take advantage of the last 10% should invest in different stocks. Eventually, it would reach a point where it can affect the quality of judgement. This is because it would not encourage him to dig deep enough to learn about the stock.

A disciplined approach to the portfolio

The control that Raamdeo holds over his portfolio is remarkable. When he saw that the portions of Berkshire Hathaway no longer matched his portfolio channels, he chose to sell them. This was regardless of his object of worship to which Warren Buffet remained a contributor. 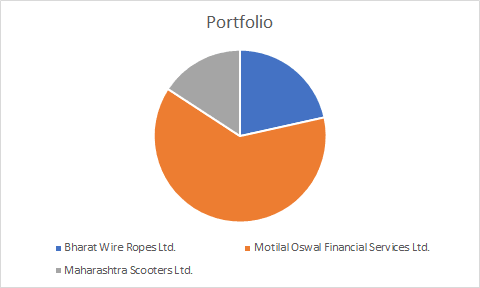 According to Raamdeo Agrawal, one must keep large portions of few stocks.

What made his investments successful?

Raamdeo Agrawal understood the significance of quality following his investments in Financial Technologies. He considers this as one of his poorest decisions. He suffered a loss after he invested in Financial Technologies (India) Ltd. This led him to understand the importance of a company's management. He bought shares of Rs. 1150 and later had to sell at Rs. 150.

Raamdeo assured that, after that, he generally paid extra attention to the company's administration. He considers the management as an important factor as all the other data about the company can easily be accessible by the general public; however, the details about the management of the company are still left hidden.

He guarantees that his projects have honest, good, and transparent management. At the same time, the management should take care of investors and provide ideal dividends and, in addition, have a capacity for development.

Raamdeo considers growth is key characteristic investors should search for while selecting companies for investing. By investing in such organizations, the profits will be high, secured with a low cost. Raamdeo says that investing is nothing but "estimating the current value of all future earnings" and deciding accordingly.

The sustainability of the company to maintain or increase the level of current profits and its ability to withstand the changing market dynamics.

This factor urges investors to invest in companies that have been around for a long time. This gives the investments some stability, as well as provides investors with enough information to facilitate their decision making.

The price of a stock must be found in concurrence with the value it offers. This means that at the time you buy a stock, its price should be lower than its valuation.

Lessons to be learned

These are the following important lessons that can be learned from the investment techniques and story of Raamdeo Agrawal:

Raamdeo Agrawal has been a major fan of Warren Buffet. Agrawal encourages informed decision making and urges that individuals be clever with investing. His journey is an inspiration and a story of hope for all investors of yesterday, tomorrow, and today.

If there is one thing to withdraw from his investment tips, it is to consistently settle on brilliant choices. Have persistence and do thorough research prior to any investment. Try not to let fear cause you to settle on nonsensical choices with respect to stock or an organization. Continuously search for quality, development, lifespan, and cost.

Most importantly, the investing approaches and decision making of Raamdeo Agrawal suggest that it is important to have a disciplined approach towards investing and to learn from the mistakes of the past.

The stock market can be a brutal place which can put your patience to test from time to time. However, history has taught that it does reward patience and conviction.

These are the fundamentals to hold onto and acquire favourable returns in any financial exchange. 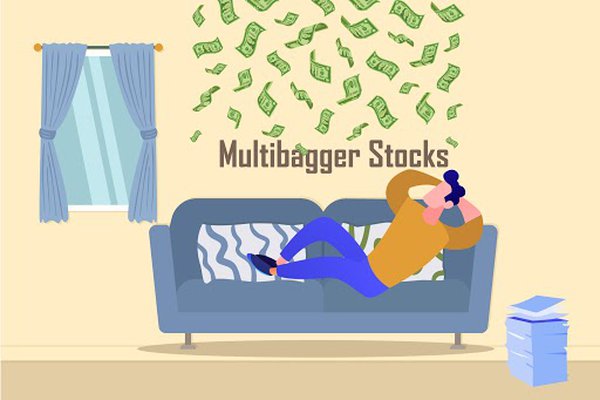