The bull and the bear. Two different yet equally terrifying creatures. Both of them are capable of either throwing their prey off in the air or even plunge it down to the ground, mercilessly. Scary, right?

Well, because of such characteristics, these animals hold very significant importance for investors of the stock market all around the world. But, what do these creatures of the wild have to do with the stock market?

Have you ever heard of the bull and bear market?

Interestingly, these terms have originated from how these animals behave when under attack. When a bull attacks, it tends to throw its prey up with its bull horn, while a bear swipes its claw down on the enemy. These denote the direction in which the market usually moves: up or down.

For better or worse, both bull markets and bear markets are part of the stock market lifecycle. It would be best if you experienced the bear market's lows to reach the bull market's highs. You will live through your fair share of each, and knowing what to expect can help you optimize your investments when these sentiments prevail.

Let us walk into the woods and understand more about the bull and bear markets.

What is a Bull Market?

Bull markets are markets going up aggressively over a period of time. As the markets start to rise, it also creates an increasing demand for stocks. You see more and more people thinking, "Oh, the market is going up; let's start investing!"

In Bull Markets, which occur when investment prices are on the rise for sustained periods, the confidence is usually soaring. Propelled by the thriving economies and low unemployment that usually accompanies the bull markets, investors are eager to buy or hold onto securities, thus creating a buyer's market.

Through a wide array of different factors contributes to the bull market, the largest ones are:

What is a Bear Market?

The bear market is inversely related to a bull market. While optimism fuels bull markets, bear markets occur when stock prices fall by 20% or more for a continued period. Bulls are generally powered by economic strength, whereas bear markets often occur in periods of economic slowdown and higher unemployment.

Instead of wanting to buy into the market, investors want to sell, continually seeking the security of cash or fixed-income securities. As a consequence, the market continues to move down quarter by quarter. When this happens, people get more and more scared to invest because they don't know how or where to.

What causes Bull and Bear Markets?

Bull and Bear markets are simply the impressions of how stocks are moving in general, up or down. Here are some primary market-moving forces that can cause or reflect bull or bear markets:

Employment: Employment seemingly increases when the market sentiment is bullish. It seems to drop in a bear market as companies let go of workers to cut costs.

Interest Rates: The Reserve Bank of India may keep interest rates down to encourage borrowing. Doing so can cause markets to move upwards. At the same time, interest rates can be pushed higher to reduce borrowing and drive the market down.

Confidence: Mind over Matter - Investor enthusiasm can be a crucial driver for buying or selling stocks, thus driving market movements. If investors have cash and believe the economy is moving in the right or wrong direction, they will further strengthen that trend.

Investing in Bull and Bear Markets

Because there are many different bull and bear markets, the way you make investment decisions varies greatly. Having a higher allocation of stocks is optimal in a bull market, where there is more potential for higher returns.

One way to capitalize on a bull market's rising prices is to buy stocks early on and sell them before reaching their peak. In a bear market, where there is more potential for loss, investing in equities should be done with reluctance since you are likely to suffer a failure - at least in the beginning.

One major thing to avoid is falling into the most prominent trap investors fall into; making financial decisions based on emotions. For instance, in bull markets, you may have a recency bias that the markets will continue to rise and thus, will be willing to take more risks than advised. In contrast, in a bear market, you may act on fear and make rash decisions such as exiting the market altogether.

Examples of bull/bear markets in history

Investors have relished 11 bull markets since the conclusion of World War 2, each accompanied by an eventual bear market response. For example, the 2008 financial crisis was inspired mostly by speculation and unsustainable debt in the real estate business, causing the stock market to drop rapidly. The U.S. Stock Exchange lost over half its value over a year - this was sufficient to turn a short period in the stock market's history into a bear.

As the crisis faded, the government came to the rescue of banks and financial institutions, and businesses rebounded. Economic recovery began in March 2009. Since then, the market has tripled its value. Over a decade following the bottom of the crash, the US experienced a significant bull market. This instance was the most extended bull market period since World War 2.

Read about some of the most extreme Bull Runs of India, here.

In the life cycle of every investor, bull and bear markets occur quite often. There is an ongoing related cycle of bull or bear periods. You've probably noticed that bull markets tend to be followed by bear markets, and vice-versa.

There are several economic and cultural factors that affect the market movements and behaviours, but it is the investors who often end up impacting it the most. They get emotional - and falter in recognizing what's happening; thus, in situations like this, their investment behaviour shapes a pattern for the entire market movement.

Understanding how bull and bear markets match positive and negative trends is key to navigating your way through the stock market. Navigating the course the market is taking and having a well structured long term investment can help you manage and handle market declines and achieve sustained profits. 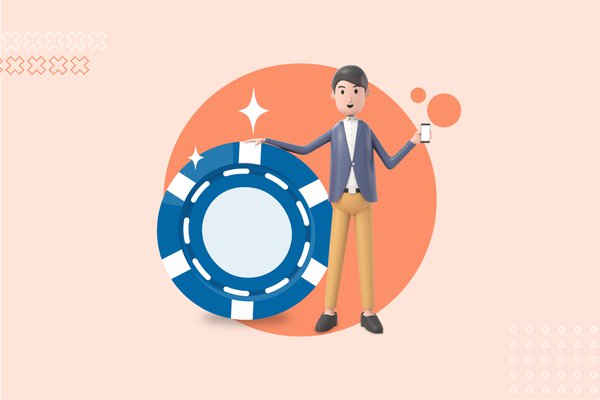 Cost of a Retail Investor in India