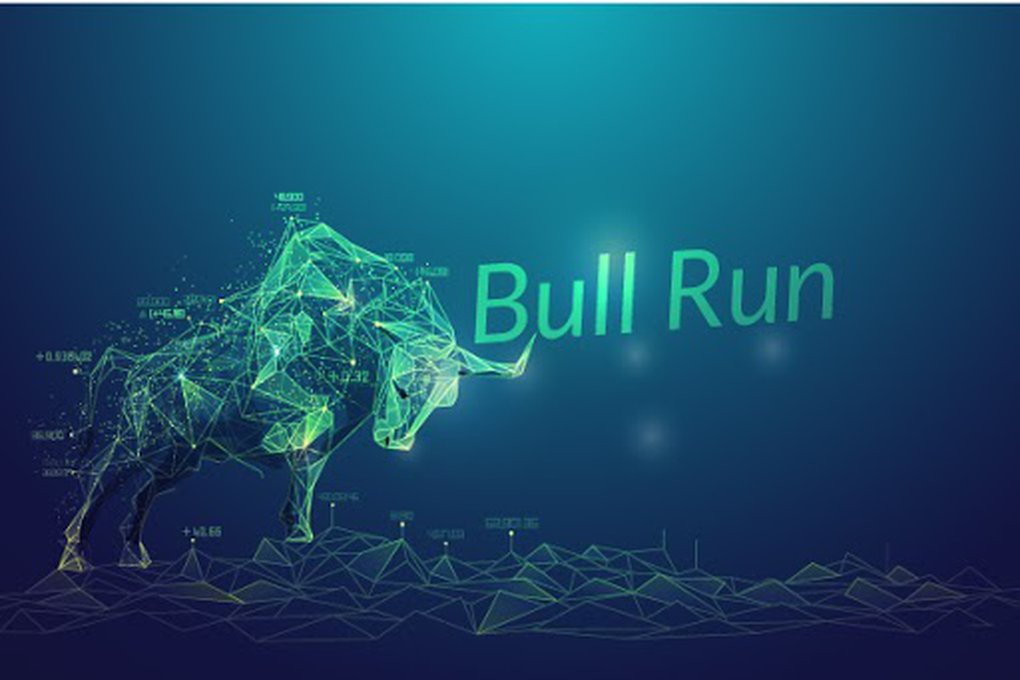 Being an equity investor, you would have heard of Indian stock markets tanking down whenever there is an unveiling of a new scam. This might nick you away from investing in the equities market for that specific time. But every sunset paves the way for a new sunrise.

Similarly, the stock market also rises after falling tremendously. Some good economic reforms or an increase in foreign investments could be a catalyst for this event.

India, being a developed nation, has witnessed some bullish periods since 1980.

What is a Bull Run?

The term “Bull market” refers to a period when the stocks follow an upward trend. In layman terms, it means that the stocks chase an upward surge faster than its expected rate.

In a bullish market, the sentiments of investors are positive, people are highly optimistic about the markets, and they love to park their money in equities, considering it a safe haven. Mid and smallcap companies gain a maximum advantage of this optimism.

Companies grow at an accelerated rate, and following this trend, new companies list themselves on the stock exchange. During this time period, the economy of the nation also improves, which attracts a large amount of Foreign Direct Investments.

So, what were the time periods of such bull runs in India? An Outlook of Bull Runs in India

The first bull run started on July 25 1990, when the SENSEX crossed the four-digit figure for the first time and closed at 1001 from the levels of 920 on July 1 1990. This surge happened on accounts of excellent corporate results and good monsoons.

In 1991, while the nation was going through an economic crisis in 1991, the market was rallying at a staggering rate.

On January 15 1992, the SENSEX crossed 2000 mark and was closed at a level of 2020, followed by liberal policies like liberalisation, privatisation and globalisation of Indian economy introduced by the then Finance minister, Dr Manmohan Singh. To barge in a vast amount of capital, the economy was now made open for foreign investors.

On February 29 1992, the SENSEX touched a new high of 3200 due to the market-friendly budget introduced by the then finance minister Dr Manmohan Singh. Similarly, following the liberal import-export policy, the SENSEX closed at 4091 on March 30, 1992.

But the main reason behind SENSEX touching new heights every day was Harshad Shantilal Mehta. He manipulated the stock market so much that stocks like ACC went from the price of 200 to 9000 in just three months. The situation was such that a sum of Rs 10 thousand invested would have become Rs 4.5 Lacs in only three months; a much better scheme than Laxmi Chit Fund!

Click here to know how Harshad Mehta manipulated the stock market in 1992 and caused one of the most infamous stock market scams?

Everyone thought that the Indian stock market was a “Goose laying golden eggs”. You could find your barbers tipping you on which stocks to buy or which to sell. But only a few knew that they were sitting on the tip of an iceberg, which was about to melt soon. Once the Harshad Mehta scam came to limelight, the stock market crashed by 50% in just four months.

India conducted Pokhran tests, and the world reacted by putting economic sanctions on India. Due to this, SENSEX had crashed and fell to 2740 in October’98.

On October 8 1999, SENSEX boomed and transversed the mark of 5000 due to the formation of BJP led coalition in the 13th Lok Sabha election. The Indian stock market was ready to set its pace for another hike in this era.

On February 11 2000, the SENSEX crossed the 6000 mark and closed at an all-time high of 6006 due to the infotech boom. In just 16 months, the market gave returns of 118% from its low. Money grew by 2.1 times, your sum of Rs 1 Lacs invested would become Rs 2.1 Lacs in tenure of 16 months. The global markets went crazy; people invested insanely in tech companies thinking they have found some kind of a golden vault.

Another well-known company Pentafour Software (now Pentamedia Graphics) saw a surge of 364% in its stock price from Jan’99 to Feb’2000.

Many fraud companies attached a dot com at their end just to attract investors. Tech stocks were trading at relatively higher valuations, and the market needed to correct itself.

Following this correction, when major fraud companies got exposed, the market crashed by 36.15% in just three months.

SENSEX further fell to 2590 when 9/11 happened, and the World Trade Center was attacked.

On June 20 2005, the SENSEX crossed 7000 points for the first time, following the settlement between Ambani brothers. This deal boosted the investors’ sentiment and inflated the stock price of RIL, Reliance Capital, Reliance Energy and IPCL.

Just like every short-lived happiness, this bull run left a long-lasting pain, once the 2008 global financial crisis happened. Many other scams like 2G, Coal gate, Vyapam scam came to light in India.

Meanwhile, Greece was on the verge of default which panicked the foreign investors. These incidents tanked the SENSEX to 15100 by December 2008.

SENSEX crossed the 21,000 mark with a colossal jump, reaching a peak of 21,078 on November 5 2010. This was on account of US market touching its all-time high, which made foreign investors pump a tremendous amount of money in the Indian economy.

This surge rallied the stock prices of banking and financial sectors. This record was maintained for the next three years, and SENSEX closed at 21,033.97 points on October 30, 2013.

On May 13 2014, SENSEX reached 24,000 points due to the exit poll results which depicted that BJP would form the government at the centre. India had been waiting for a leader like Narendra Modi who could reform the financial situation of the country, for a long time.

Following this trend, SENSEX crossed the 26,000 mark on July 7, 2014, when the government anticipated a budget that could change its direction towards becoming a developed nation.

With the Reserve Bank cutting down its repo rates, SENSEX crossed the 30,000 mark on March 4, 2014. This event triggered liquidity in the market, and loans became cheap. Increase in Foreign inflows since 2014.

The year 2017 was the year when the BSE smallcap index gained 59.64% while the BSE midcap index zoomed 48.13% the following year. Domestic flows have been the primary reason for such a robust performance of the market. Stronger rupee helped FII report better returns in dollar terms.

From 2014 onwards, with a stable government in the centre, business optimism also improved drastically. This boosted the infrastructural projects, and many mergers took place during this time.

Several debt areas were loosened, and significant reforms in the economy were introduced. These events triggered a multiplier effect on the economy. Cyclical sectors like housing, realty, infrastructure, construction, banking and automobiles went up.

Stocks like Graphite India, Bhansali Engineering, Avanti feeds, Bombay Dyeing and V2 retail climbed between 300% to 800% during this period. Some Midcaps stocks like HEG and Indiabulls ventures reacted “as mad as a March hare” by surging over 1000% each.

Demonetisation also surged up the stock price as people were investing heavily in the markets to hide their wealth.

Both SENSEX and NIFTY witnessed a substantial jump in May 2019 after the exit poll results depicted that Narendra Modi’s government might retain its ruling power over the central government. SENSEX recorded the highest closing figure of 39,352.

September 20, 2019, spectated another jump of 2.83% when the finance minister Nirmala Sitaraman announced a cut-down in corporate tax rates from 30% to 22% for the domestic companies. This move was aimed towards boosting the Indian economy.

2020 and the tensions surrounding COVID-19

On March 21 2020, the SENSEX tanked 31% from March 1 when the COVID-19 induced lockdown was announced. The market crashed laboriously as the foreign and retail investors went on a selling spree. Everyone wanted to cash out their money before the market could crash even further.

However, it took only four months for the market to reach its pre-COVID level. Following a buying spree, the stocks were trading at a relatively higher price.

The situation is such that people are now ready to buy stocks at a premium price irrespective of understanding the nature of the economy. Pharma and tech companies are currently at a boom.

The stock market tanking down in March

Warren Buffet once said - “Be fearful when others are greedy and be greedy when others are fearful”. Ensuing this investment mantra, one should invest in looking at the market sentiments first.

A stock grows with dazzling returns only in a few months. It does not always happen that the stock is posting growth every month without falling. Since no one can time the market; therefore, one should stay invested for a longer period to gain an exceptional return.

Also, it is advisable to look for a company’s valuation with respect to its following index and economy to get a better insight about that particular company. An equity market is the best place to park your savings, only if done by putting your emotions and greed aside! What is VIX in Indian Stock Market?