Insider   >   Stock Market   >  What are the types of Equity Shares?
Stock Market

What are the types of Equity Shares? 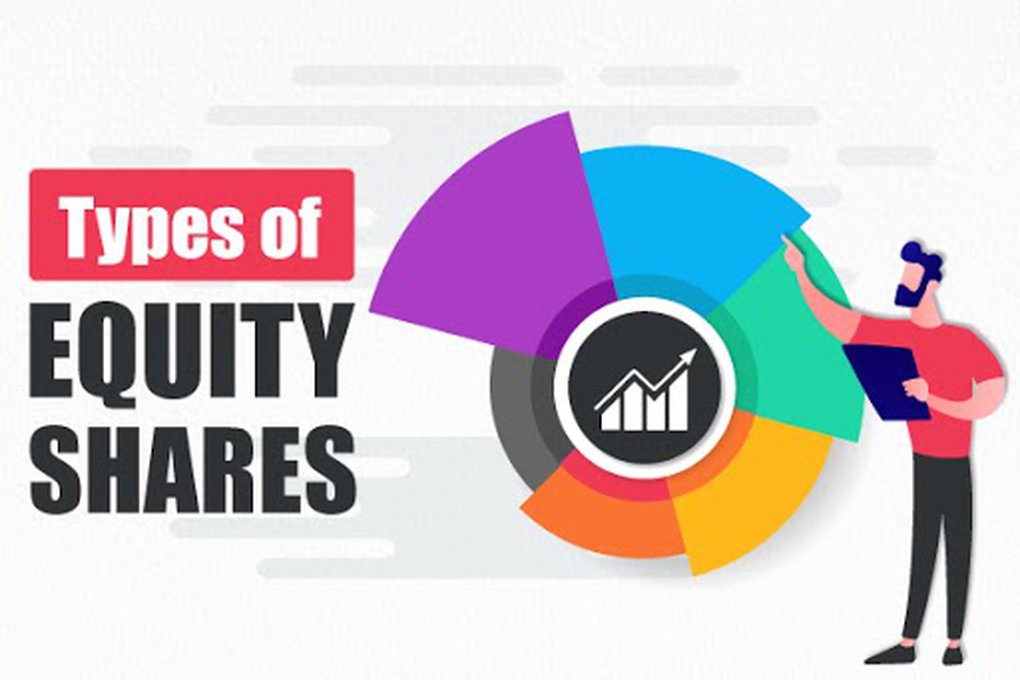 For the ones putting their baby steps in the markets, it’s implied that you know the types of equity shares before investing. And if you don’t, here’s help.

If you are even remotely interested in the financial world, you’d have heard this: “Finance is the lifeblood of an organization”. Finance is the most important resource of an enterprise. Therefore, procurement and utilization of this resource become extremely crucial. The first and foremost source of capital for a company is, of course, the owner’s investment. And in listed companies, this is generally in the form of Equity Share Capital.

At the outset, let’s understand what Equity Shares actually mean.

Equity Shares - for the layman

Equity shares are a source of long-term capital for a company, which provides the investor with a fractional ownership of the company. This implies that the shareholders are perceived as owners of the concern. This also implies that the share capital is repaid to its shareholders only during the winding up of the company after all other liabilities are paid off. However, the holders are free to sell these shares in the open market. The investors receive returns in the form of dividends. This rate of dividend is not fixed and is decided in the Annual General Meeting of the company.

But why does a company opt for equity share capital? Well, though there are certain legal regulations to be followed before a company can opt to issue shares, it is a better option among those available. The main advantage is that there is no obligation to pay fixed returns. Dividends are usually paid when the company starts to earn stable profits. Also, there is no requirement of collateral.

How are shares issued?

In the case of a private company, shares are issued through private placement, meaning they are issued to smaller groups of individuals. Whereas, in a public limited company, a new class of shares are first floated in the open market through Initial Public Offering (IPO), and later, these are traded on by individuals in the stock exchanges active in the country.

It is the maximum amount of capital that can be acquired in the form of shares. According to the Companies Act,2013, the authorized capital is mentioned in the Memorandum of Association under the capital clause. In India, for any increase in this limit, prior approval of the Registrar of Companies is required.

This is a part of subscribed capital that is issued to the general public. The company may not prefer to float the authorized capital as a whole at once. In such a case, the proportion that is floated is known as issued capital.

Once the company issues shares, it does not collect the total share value in a lump sum. For example, if a share has a face value of Rs.10, the sum of Rs.10 will be collected in installments. It could be application money, allotment and call money. When the company “calls” for an installment, it is referred to as called up share capital.

This is a proportion of the called up share capital. Once the company makes a call, the shareholders pay the required sum. The total amount paid by a shareholder on his shares is known as paid-up share capital. Sometimes, the holder may prefer to pay the amount before it is even called for.

Let’s take an example to understand the above terms better. ABC Ltd. is a newly incorporated company. The capital mentioned in the Memorandum of Association is Rs.10 lakh. This amount is split into 1 lakh shares of Rs.10 each. Out of this, the company currently requires only Rs.5 lakh. Rs.10 lakhs is the authorized capital, and Rs.5 lakh becomes the issued capital. Once these 50,000 shares are floated, only 40,000 shares were subscribed by the public. So, Rs.4 lakh is the subscribed capital. Out of this, the company has called up for Rs.5 per share has been called up and Rs. 4 per share received. Rs.2 lakh is the called-up capital, and Rs.1,60,000 paid-up capital.

Now that we’ve understood that division of the share capital let’s look at the types of equity shares available.

Initially, there was only one type of share: ordinary share. But as time passed, many other types of shares with varied features started to emerge. This is beneficial to both the company and the investors. There are free alternatives that an investor gets, and others are at the discretion of the company. Below listed are a few types of equity shares.

This is a type of share issued by the company to its existing shareholders. Before a company floats a new class of equity shares in the market, it offers the shares to its existing shareholders in the proportion of their holding. This offer stays active for a specific period of time, in which the holders can choose to exercise or reject the option. The price which they are issued at is less than the market price.

Bonus shares are issued in lieu of dividends. If a company is earning high and stable profits, it might prefer to issue shares free of cost to its shareholders instead of paying them cash dividends. The main intention is to capitalize on the retained earnings of the company. It is also issued as a proportion of shares held. Issuing bonus shares increases the number of outstanding shares, which proves to be beneficial to the shareholders.

Equity shares imply holding the right to vote in the annual general meeting. But as time passed, there were new types of shares introduced which does not confer any voting rights. Most of the equity shares still grant voting power, but sometimes shares are issued with the condition that it will grant differential (DVR) or no voting power. This term is usually misinterpreted as the ESOP, but they aren’t the same. Sweat equity shares are provided to the directors and other employees of an organization for providing intellectual property rights or know-how or any value additions to the company. This is usually allotted for cash or non-cash consideration. A company cannot issue sweat equity shares for more than 15% of the existing paid-up capital.

An employer rewards and motivates his employees using various tools. One such tool is ESOP. It is a plan wherein the employees are given a choice to purchase the shares of the company he is working for. The price offered is less than the market value and is offered only for a specific period of time. The employer believes that offering this option instills a feeling of ownership in the minds of his employees.

It is a type of share that is traded at a price lower than its intrinsic value. Value stocks are considered riskier because of the skeptical attitude the market has toward them. A value stock is typically more likely to have a higher long-term return than a growth stock because of the underlying risk.

These are shares of a company whose anticipated growth is much greater than the average growth for the market. These companies focus on long term growth. Therefore, they do not prefer to pay dividends; instead, they plough back the profits earned and invest in the company. Growth stocks are one of the safest shares to invest in. The holder earns in the form of capital appreciation. Investment in equity shares is no doubt beneficial to an investor. It provides higher returns in the form of dividends and capital appreciation. It also provides a hedge against the inflation prevailing in the economy. It is also an ideal way to diversify one’s portfolio. Having said this, it also has its fair share of drawbacks. The risk associated with equity shares is very high.

The financial markets are very sensitive to a lot of factors, and any fluctuation in the market affects the market price of the share. An investor must be wise enough to understand when to purchase and when to sell a share.